It is time for another installment of the awesome side hustle ideas series. Here is the link to part 2, part 3 part 4 and part 5 as well if you missed them. And today I have got some more for you! Check it out over at Make Money Your Way!

Time for a new life and house update, click here if you would like to see the Guatemala archives.

It was a busy summer, mostly on the land development project.  We started by digging the well, which was pretty impressive but only took a few days. The engineers are two gentlemen who come from the US and dig wells for free for poor people. They charged for our well, so with the money they can buy diesel an materials to dig free wells for others. Last year they dug one for the orphanage Ahicam that I visited recently and donated school supplies to.

We dug about 200 meters away from the lake shore, which apparently was risky as the closer you are to a body of water, the harder the rock should be to contain said body of water, so chances to find more water are slim, but we were lucky and found water at around 120ft deep. We get around 15 gallons per minute which is perfect to provide water to around 50 houses. 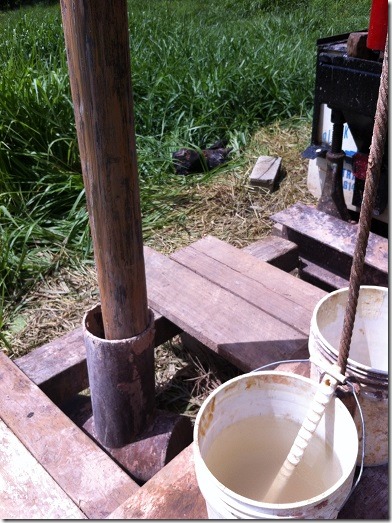 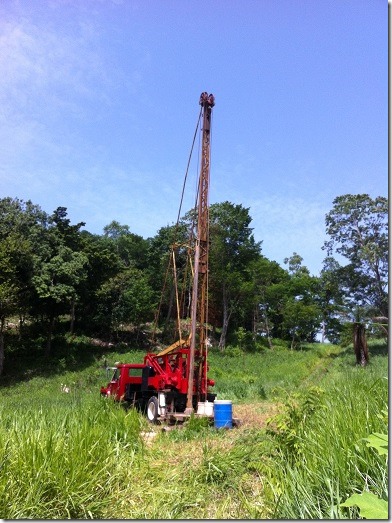 The well set us back around $10,000, less than market price, and even though we could pump water from the lake now that we bought a beach right in front, it is still worth the expense, you never know. It is on the lower part of the land and we may even dig a second one in January when the engineers come back. Next step is to dig a water tank and the engineers will also bring back a solar pump next time.

If you visit my dedicated website, you can see a full map of the plots for sale, and updates of how it is going as well. We plan on putting part of the beach we bought in front of the development for sale as well, smaller plots, where we would probably build you a house and sell it all ready to live in, targeting people who want to escape Northern winters for 3-6 months a year.

At home, we finally dismantled the deck as the rising water was more and more of a concern. That is how it looked: 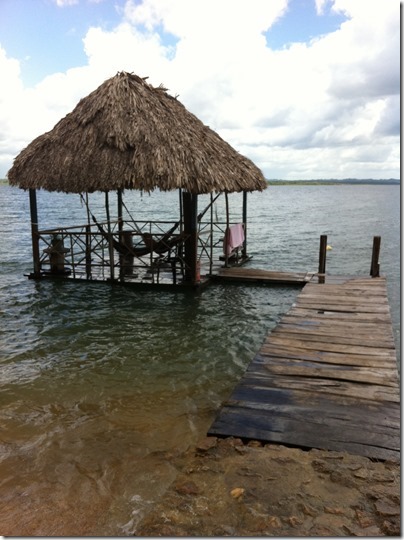 And the main risk was the water banging against the wood, weakening the whole structure and rotting the wood. So one fine day, we set the thatched roof on fire:

Even though it only lasted a few minutes, it was really impressive. You can’t reuse thatch as it is too dry, but then the workers reused all the wood to build the deck again, a couple of weeks later, 1.3 meter higher. 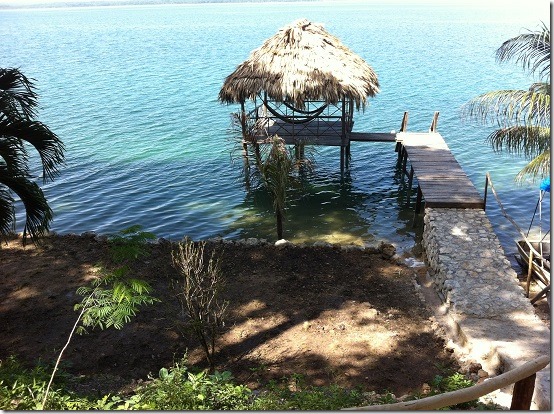 They had to build an elevated path to get to it as well, then fix the contention wall, add more earth and they planted some grass so it gets green again. 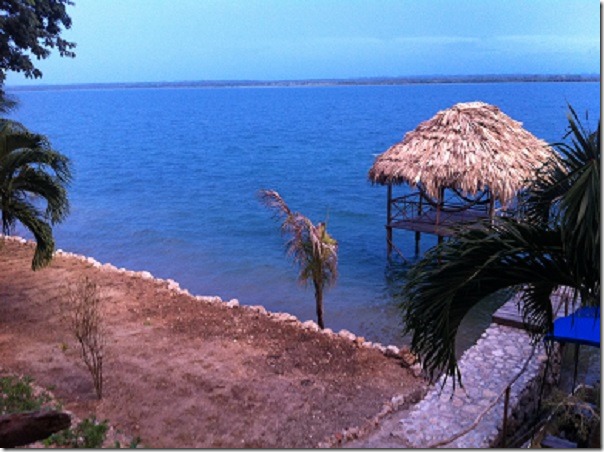 Last time, the living area outside the new room was almost finished 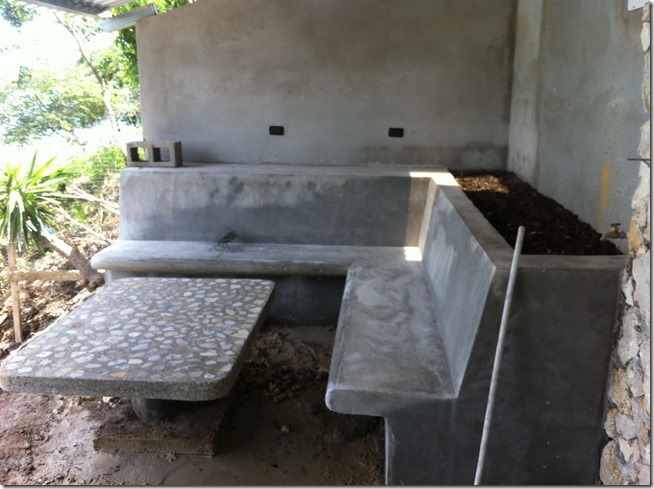 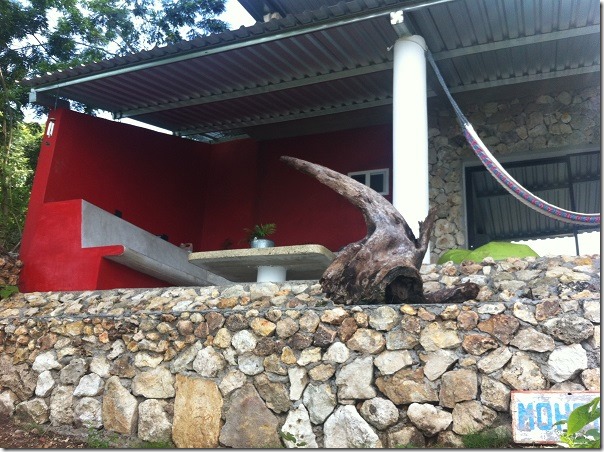 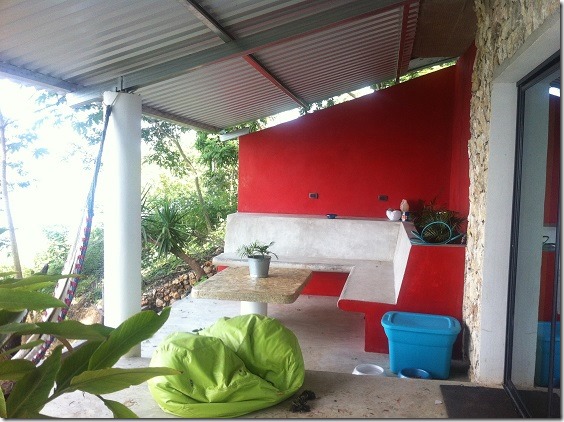 And this is the whole building viewed from the beach. The plan is to grow some flowers to give it more privacy if swimmers come back up to the guest house. 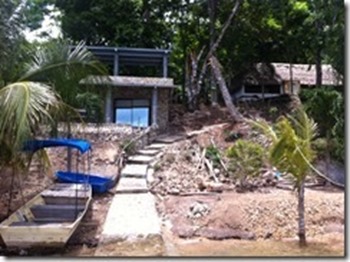 We built high as the lake is still rising and it is just the beginning of the rain season! It was enough with the deck, we don’t want a house in the water (like some neighbors have!) as well.

Thankfully I wasn’t there for all that as my brother came to visit and we travelled around for a while. 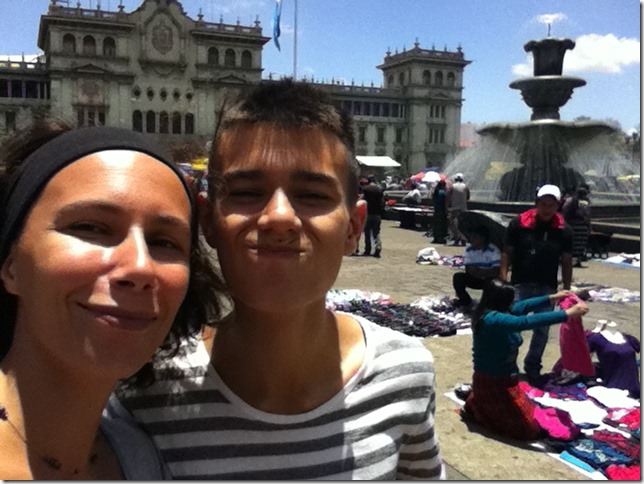 We had lots of fun visiting, although he loved Northern Guatemala more than anything, and even killed his own duck! 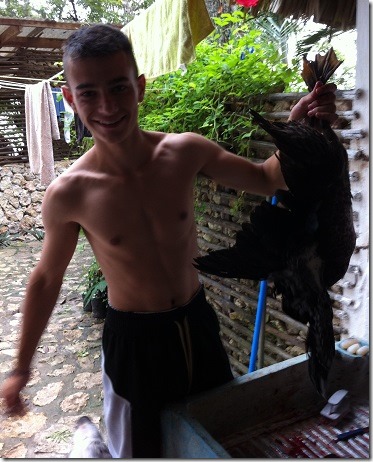 I got him try a lot of new jobs, he dug a well with the engineers on the land, gave computer classes at the local school, built a wall on the land, fixed the old room at home, and even managed cattle in BF’s ranch. 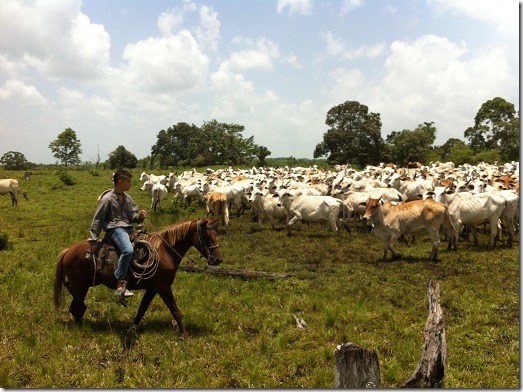 Quite an adventure for a 17 year old.

Of course Napoleon the Great Dane was around as well, they got along just fine 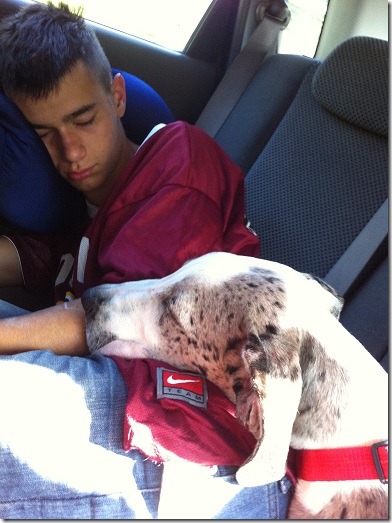 Having him around meant not having guests for the guest house, which was fine since it was low season anyway, now the bookings are starting to come in for next month.

Planning for a secure financial future is a wise decision that you should make for your family. You need to be committed to building wealth and take charge of your money. By investing in the right ... END_OF_DOCUMENT_TOKEN_TO_BE_REPLACED

Cryptocurrency has become a popular investment option in recent years, as more people want to make profits from its white-hot rise. However, cryptocurrency investment is a risky endeavor. It is highly ... END_OF_DOCUMENT_TOKEN_TO_BE_REPLACED

Unsurprisingly, there are plenty of people out there jostling to help you spend your nest egg. All promise high returns, but not all that many deliver; in fact, you can quickly lose your super if ... END_OF_DOCUMENT_TOKEN_TO_BE_REPLACED

If you have recently taken up a position at a brand-new company and opened a 401k for the first time, you may be on the hunt for additional information when it comes to the various ways in which tax ... END_OF_DOCUMENT_TOKEN_TO_BE_REPLACED

Congratulations! You’ve worked hard this year. You made it through some tough days (or weeks or months). And now, if you’re lucky, you might end up with a holiday bonus. But before pocketing that ... END_OF_DOCUMENT_TOKEN_TO_BE_REPLACED

The United States of America is a destination most working professionals and travellers have on their list. Being one of the most visited countries in the world, it houses many tourist attractions, ... END_OF_DOCUMENT_TOKEN_TO_BE_REPLACED