So we have been home for about a month now, back from Europe, and a lot has happened.

First, we had our first Airbnb guests! I had 4 bookings in November, and made about $400. The first couple got there one day after we arrived ourselves, with BF’s aunt in tow. They rented our new room, that had been closed for two months and we were worried about it smelling like mold, the sheets smelling like mold, and the fact that our water pump was broken so we had no running water! 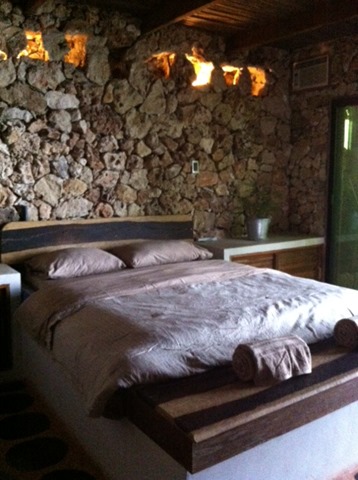 Thankfully, it all turned out just fine. The sun made a quick appearance, just enough for me to wash the sheets and air the room, BF spent the whole day fixing the water pump, and our guests arrived at night like nothing had happened.

Then we hosted three more groups, one of them even found me via the shameless plugs on this very website, so get ready to see many more haha!

I also made a few pages on my land development website to describe the guest house, rates, how to get there…

Having guests was fun, but on our arrival day, it was pretty stressful. And with the rain season that was supposed to stop in September but didn’t, washing the sheets and towels was complicated. We need to buy some more. All of our guests were fascinated by the property, which was awesome. When people really enjoy your place and your work, it is always nice. I am glad they left happy!

What concerns us now is that with the heavy rains, the lake keeps rising, and is not dangerously close to the level of our deck. We may have to tear the deck down to save it. We are the only deck around that still remains above water. It is impressive how fast the lake rises, we are really hoping for the dry season but it may keep raining for a few more weeks. 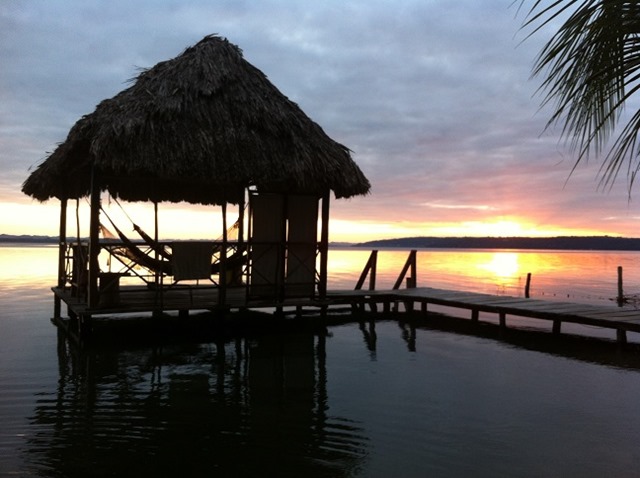 The animals don’t really care, we got 13 little ducks while we were away, 6 are still there, and they are too cute! The other 7 may have been eaten by “the animal”. That is how the villagers call a disgusting marsupial that looks like a rat, only bigger and with a long tail. We found out he was visiting our kitchen too! I had a face to face encounter a few nights back with him and he is really disgusting. We have put poison everywhere the chicks don’t risk eating it, but he doesn’t die. Looks like we need to trap him. BF made a trap in the shower with food, surrounded by empty glass bottles so we hear him, and a rope we would pull to close the door and keep him imprisoned in the bathroom until morning, for the handyman to kill it. So far, no luck.

THE one big piece of news is….

Get your checkbooks ready!!!!

We are ready for business people!! And not only to rent our place out to tourists (another plug can’t hurt, can it?), WE GOT OUT DEEDS APPROVED FOR THE LAND DEVELOPMENT!!!!!

There are not enough exclamation points to truly describe how happy we are. Long story short, we thought after we got our plans approved by the cadaster, that the register of property would take 3-4 months to approve the plots and issue individual deeds for each of them. They took two weeks! Apparently, they digitalized most of the process, unlike their counterparts at the cadaster.

That means our land development is officially formed by 100 plots, each of which has an individual title that we can now sell to whomever wants to buy! 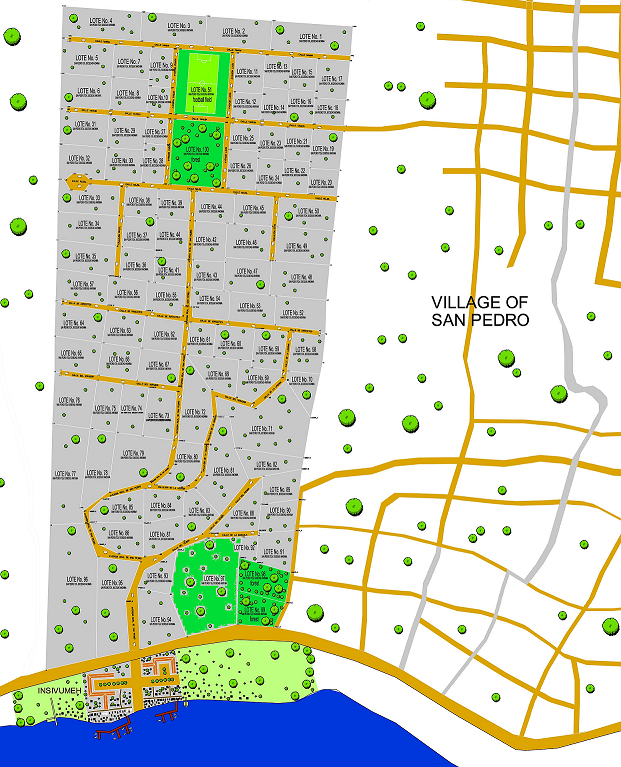 That is the map of the project with the plots and the adjacent village. You can find an interactive map with sizes and prices here.

Before that, we didn’t want to accept any money, in case our project was denied and we would have had to give the money back. And we can ask for a higher price with full titles rather than without. In the village, lots of people sell without a title for a lower price, because what the registry really looks for is ownership of the land, meaning you live in a house on said land, or cultivate it and nobody is opposed to that, but the day you want to get your deed in order you may have a surprise. For example our dear friends at the council have been selling plots that weren’t theirs to sell, and now people can’t get their deeds.

That also means that the council now has ZERO say in how we develop our land. We tried and tried to talk to them and they were just being ridiculous. We offered to give them our roads, as they serve a part of the village that only has a bad road so far, they wanted the road but not to maintain it. We offered to give them enough land for a football field, they never followed up. But they were quick in requesting that we submitted a ton of useless paperwork and costly studies to the tune of $5,000, in hopes we would bribe them instead to get their approval.

Remember that letter I had to squat at the council for hours and type myself in order to get? That is the one that we used to tell the national institutions that the council was on board. Just after signing it, the council asked for more studies, but the other bureaus were happy with just that letter to split our land.

All in all, what I am most proud of is that it was a zero bribe operation. The counselors must be fuming but that is the way we roll!

So if you would like a little piece of paradise, complete with property title, contact me :). Prices start at $1.5 per sqm.

Congratulations! You’ve worked hard this year. You made it through some tough days (or weeks or months). And now, if you’re lucky, you might end up with a holiday bonus. But before pocketing that ... END_OF_DOCUMENT_TOKEN_TO_BE_REPLACED

The United States of America is a destination most working professionals and travellers have on their list. Being one of the most visited countries in the world, it houses many tourist attractions, ... END_OF_DOCUMENT_TOKEN_TO_BE_REPLACED

When you were a kid, did you ever save quarters in a jar? Or set aside a portion of your allowance in a piggy bank for a big purchase, like a bicycle, a pair of designer shoes, or anything that mom ... END_OF_DOCUMENT_TOKEN_TO_BE_REPLACED

No matter where you are in your career, the potential of eventually retiring can be a daunting experience to think about. Are you saving enough for the future? If you are, when will you have enough ... END_OF_DOCUMENT_TOKEN_TO_BE_REPLACED

“Open an account with us – and get a free toaster!” These days, the bank toaster (clock radio, electric blanket, or other gadget) has become a cliché for consumer banking. But what you might ... END_OF_DOCUMENT_TOKEN_TO_BE_REPLACED

Watermelon. Corn-on-the cob. Fireworks after sundown. Amid all the fun, it’s easy to forget that the Fourth of July is more than just another summertime barbecue: It’s a reminder that independence is ... END_OF_DOCUMENT_TOKEN_TO_BE_REPLACED