This week starts with the great news of getting electricity. The electrician had already been fixing the wiring from the meter to the house, and inside the house. Most wiring had been stolen, maybe by thieves, maybe because the previous owner stopped paying wages to his guardian some months ago and the guy may have grabbed what was of value. 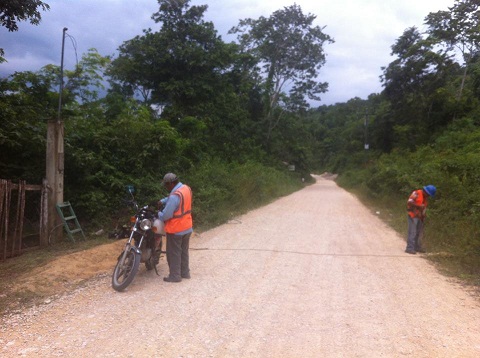 Two guys on a bike getting my wires ready.

Eventually the guys showed up to connect the meter to the main electric line over the dirt road. We were expecting a big truck, but two guys arrived on a small motorcycle, got up the electric pole with a rope, grabbed the main line (without toasting themselves!) and connected us with a new meter. It was scary, but didn’t take more than half an hour.

That also allowed us to connect the water pump and start filling the water tank with water from the lake. The pipes were already installed so we just had to go buy a pump, fix a few leaks and that was it. Well, it was a lot of work, but we have water! The water permit still hasn’t come out from the council, so it is probably for the better. I will make a post with the costs and details, but am pretty confident that it will be cheaper in the end than getting public water. 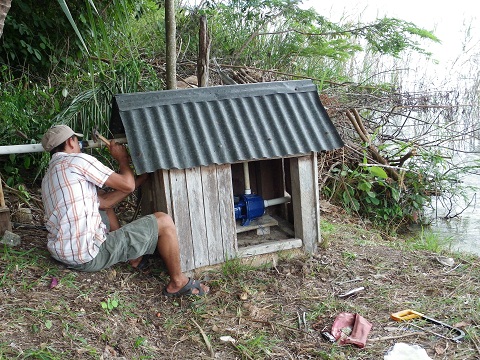 Installing the water pump in a little house by the shore

The wall that is separating the property from the road is almost built too, I helped the two builders and learned a bit about masonry, which was interesting as well. You know when you play Lego and you need to build a wall, how you have to slot in the Lego pieces because if you build two towers of Lego, this is not a strong wall, it’s two collapsing towers? Well, the mason didn’t know that, or was too lazy to do his job well, so he put the blocks almost on top of one another instead of shifting them so they strengthen one another. I thought BF would fire him but it’s a small village so getting another one would be hard. 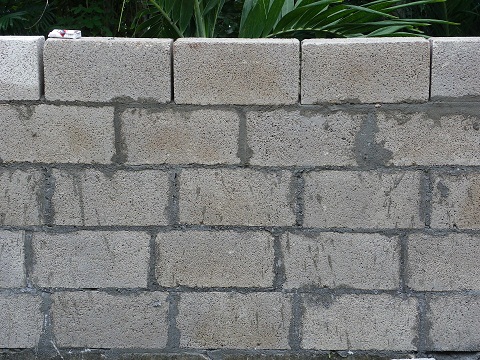 The first two lines of blocks is how NOT to build. The last ones are fine.

We have an old SUV at the moment and are looking for a smaller, more efficient little 4WD, an old Suzuki or Toyota will probably do the job. At the moment we are getting 20 miles per gallon at most, even less on the dirt road, and trying to limit the trips to the city, about 20 miles away.

Last time I went, I got a USB modem that gives me a slow but welcome access to internet, and in the wee hours of the morning, it goes a bit faster so I try to upload blog posts and do jobs that require more bandwidth. At night it is desperately slow. 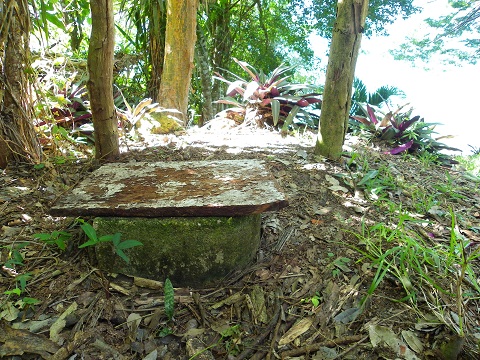 The dry toilet that was a nest for bats is now covered and we are able to use the toilet and shower inside the house. You really get to appreciate a bit of comfort after living with the bare minimum. The shower is probably the most dangerous part of the house, because it has an electric heater with a weird wiring on top of the showerhead, and electricity has never mixed well with water… I wear flip flops to shower, just in case I need some insulation.

Now with a fridge running it is easier to follow my November goal of wasting no food, the handyman often brings fresh eggs and he brought a hen too that I made soup with. The next city has a supermarket with most products and when we go to the capital I will buy things that are harder to find here, like cheese, spices, olive oil… So far our diet is mainly vegetables with rice or potatoes, you find all kinds of delicious veggies year round due to a wonderful climate. With that a bit of meat or chicken. When fishermen sail close from the property fishing we ask them to sell us some fish, but they haven’t caught anything good so far.

With electricity installed, life is a bit different. I really enjoyed those days waking up and sleeping with the sun. Now it is more comfortable, and less authentic. I can still unplug everything I guess, at least now I have the choice!!

Projects this week include finishing the entrance wall and installing a parking door, thatching the roof of the deck, maybe painting the house and some gardening!

What do you have planned? Any projects or goals for the week?

Planning for a secure financial future is a wise decision that you should make for your family. You need to be committed to building wealth and take charge of your money. By investing in the right ... END_OF_DOCUMENT_TOKEN_TO_BE_REPLACED

Cryptocurrency has become a popular investment option in recent years, as more people want to make profits from its white-hot rise. However, cryptocurrency investment is a risky endeavor. It is highly ... END_OF_DOCUMENT_TOKEN_TO_BE_REPLACED

Unsurprisingly, there are plenty of people out there jostling to help you spend your nest egg. All promise high returns, but not all that many deliver; in fact, you can quickly lose your super if ... END_OF_DOCUMENT_TOKEN_TO_BE_REPLACED

If you have recently taken up a position at a brand-new company and opened a 401k for the first time, you may be on the hunt for additional information when it comes to the various ways in which tax ... END_OF_DOCUMENT_TOKEN_TO_BE_REPLACED

Congratulations! You’ve worked hard this year. You made it through some tough days (or weeks or months). And now, if you’re lucky, you might end up with a holiday bonus. But before pocketing that ... END_OF_DOCUMENT_TOKEN_TO_BE_REPLACED

The United States of America is a destination most working professionals and travellers have on their list. Being one of the most visited countries in the world, it houses many tourist attractions, ... END_OF_DOCUMENT_TOKEN_TO_BE_REPLACED