Hi there! Time for a house and work update, I am happy to announce that the works are almost done! Here is the previous episode if you missed it.

I want to do a small video for you to put things into better perspective, but I’ll wait until it is fully finished. So this week I was partly home alone with BF gone to Guatemala City and I did a couple of trips with the new little car to get construction materials, and a mattress for the concrete bed. They had it delivered, and since you can’t buy a mattress without buying a bed apparently (tried 5 shops in town… exhausting), we have a bed too.

The little truck was on its way to deliver it when I passed them with my car, so I stopped and offered they follow me to the house, while we got there I asked if they were lost earlier, the answer was “no, just resting!”. I first passed them, then went to pay my taxes, which took about half an hour since I had to negotiate for paying them early (didn’t manage too but didn’t get charged a late fee from the old owner, that was something), so the guys had been “resting” for at least 45 minutes before they delivered my mattress. Cool job. 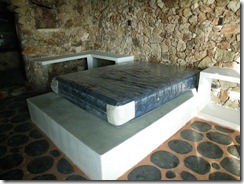 Turns out queen size in Guatemala is smaller than US queen size and our internet search was a foot too wide for the mattress base, we’ll have to see how we sort this one out. There is a cool lake view from the bed, looks like you are sleeping on the water 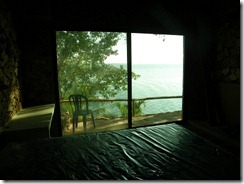 Anyhoo, on to the house. The room has a glass door! I could go on for hours about how unprofessional the glazier was, he was so ashamed of his work he left without the last $120 we had agreed on and fled! 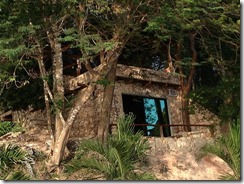 The idea was to have two sliding doors and a mosquito net the size of half the window, so if one pane is open the bugs don’t get in. Our contractor friend thought it was a good idea to leave a space between the window and the net, just in case some of the nice bugs want to join us into bed. BF had to escort one of the helpers out of the property when he started swearing after we asked them to do the job we had paid for. The other smart move of his makes the door super hard to lock, but that may be a good thing, if someone wants to get in and steal stuff, we’d rather they just let themselves in and not break a $500 window.

The window looks awesome from the distance, the house is almost buried in nature and glass is tinged green and reflects the surrounding trees. 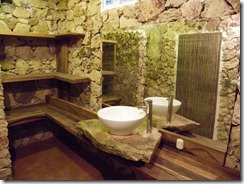 That glazier also made a mirror for the bathroom (that we had to fit, he didn’t know how), and a door for the shower, since it will be a sauna. He made us build a concrete support on the floor that turned out to be optional and is leaving us less space to shower. Great guy. 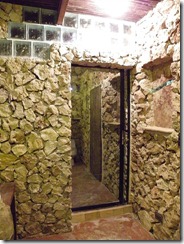 That is the shower door above, and below the bathroom door made with wooden sticks 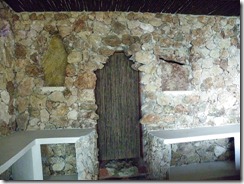 On the rooftop terrace, we built a kitchen top, to separate the cooking space from the eating space, they will also build a clay oven so I can make bread and pizza. 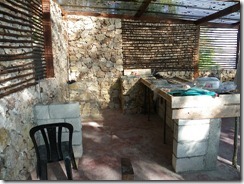 I have been making bread for the past couple of weeks, mostly because bread is not Guatemala’s forte, and using this super simple recipe, it has turned out great. Now I am off trying cheese bread, banana bread, etc. and I love it! I use my kitchen mixer so it barely takes any time. 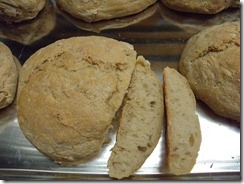 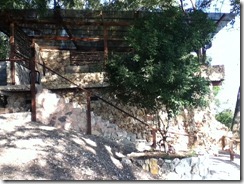 On the animal front, sad news. Mrs Turkey had laid 12 eggs that were eaten overnight by some animal or a shameless villager. We were so excited to get baby turkeys! I don’t know how long until she lays again but unlike hens, it is not every day. Since the handyman killed a chicken by throwing wood chips with nails and metal on the cage’s floor, we have had two more deaths. One is likely due to the workers unloading stones and burying a chick alive, the second we think may have been a male beaten to death by the jealous rooster. Ah the laws of nature… if the rooster keeps beating everyone up, he will have to be eaten and replaced by one of the chicks, although until they grow enough to reproduce we will keep him.

OMG am I bitching against everyone today? Sorry about that, dealing with all aspects of the works has been demanding and I can’t wait for BF to come back and do some. To be fair, it looks like I do a lot but he has been doing the major chunk and he is exhausted too so it is more than normal that I take over.

What is new on your little corner of the world?

This post was featured on the Helpful Habit, thank you!

Planning for a secure financial future is a wise decision that you should make for your family. You need to be committed to building wealth and take charge of your money. By investing in the right ... END_OF_DOCUMENT_TOKEN_TO_BE_REPLACED

Cryptocurrency has become a popular investment option in recent years, as more people want to make profits from its white-hot rise. However, cryptocurrency investment is a risky endeavor. It is highly ... END_OF_DOCUMENT_TOKEN_TO_BE_REPLACED

Unsurprisingly, there are plenty of people out there jostling to help you spend your nest egg. All promise high returns, but not all that many deliver; in fact, you can quickly lose your super if ... END_OF_DOCUMENT_TOKEN_TO_BE_REPLACED

If you have recently taken up a position at a brand-new company and opened a 401k for the first time, you may be on the hunt for additional information when it comes to the various ways in which tax ... END_OF_DOCUMENT_TOKEN_TO_BE_REPLACED

Congratulations! You’ve worked hard this year. You made it through some tough days (or weeks or months). And now, if you’re lucky, you might end up with a holiday bonus. But before pocketing that ... END_OF_DOCUMENT_TOKEN_TO_BE_REPLACED

The United States of America is a destination most working professionals and travellers have on their list. Being one of the most visited countries in the world, it houses many tourist attractions, ... END_OF_DOCUMENT_TOKEN_TO_BE_REPLACED