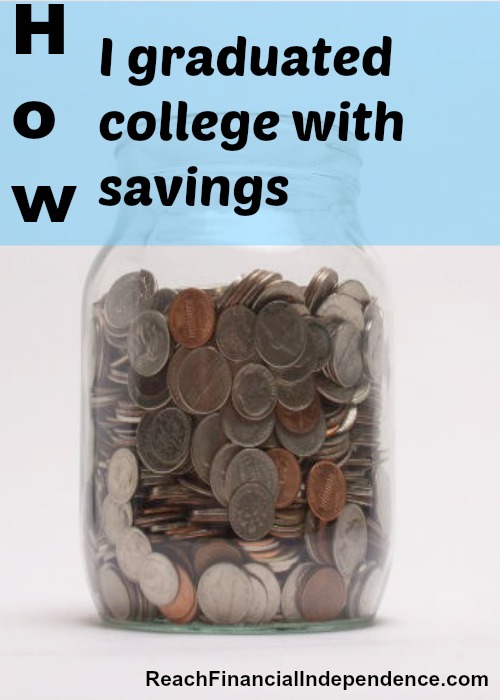 When I was in high school, there was no way around it: I was college-bound. I always had pretty good grades but never was really passionate about any topic. I liked languages the most, because I was almost traveling away from the classroom. But math, literature and history all got me really bored.

So when I had to chose a major in college, I went for economics, which in France is the “middle way”. Not fancy like med school or law school, not too artsy like philosophy, which would have given my parents a stroke. My dad had lost his job the year before, so based on his income, I was lucky to get the highest state scholarship available.

I didn’t pay a cent for tuition and got about $400 to live per month. That is not a lot, but my rent at the university dorm was $150 and the rest went to food and leisure. I lived 800 miles away from my family and still managed to visit often. At the end of the first year, I passed, not because I loved it but because I hated to lose time, and working extra. During the summer, I applied to the Sorbonne University in Paris, and was accepted for second year.

I also started working at McD in Paris. While most people hate that job, I think I’ve never been happier as an employee! We were a good team of students, all enjoying the little extra income and happy to be there. Our boss was fun and often taking us out for drinks or paint-ball.

I knew life in Paris would be more expensive that second year, so I kept my job and still managed to get the scholarship for tuition (which is only about $1,000 per year anyway), and I lived for a few months in a very, very, very small room, on the 6th floor with no elevator, and no shower, that my grandparents offered me for free while I’d flat hunt. It was great to save money, but far from the university, my job at McD, and I had to shower at my dad’s or my mum’s, so that was an extra hassle. But Mid City University Accommodation was way out of budget so there was no other way around.

Soon I was able to rent a small studio for about $500 a month, complete with shower and kitchen, another luxury my little room was lacking. Joy!! I couldn’t be happier. When I look back, I think I would be unable to live where I lived today, but getting to be independent at 17, a college girl with a little extra income on the side, I felt like the queen of the world.

I spent my third year at the Sorbonne and got an equivalent to a Bachelor Degree in Economics. During that year I left McD to follow my boss at Haagen Dazs and scooped ice cream on the Champs Elysées. I also took a few extra shifts as a waitress in Disneyland, and tried telemarketing for three months. I worked in a sports store during the sales season, and often helped my mum supervising at her school, I also worked for 2 months for my aunt entering data in her database. That was a crazy year, with all those little jobs, and I was taking an extra load of classes, and sometimes my shift would finish at 2am and I would be in class the next morning at 8am.

I was close to burning out. So I looked for options for grad school. I could go to business school, via a pretty difficult exam, and spend the next two years there. They had a reputation that it was hard to get in, but a cruise once you were a student there. And there was an option to find a company that would sponsor your master and work for them in exchange, three days a week. The classes would be held the other two days. And I would get weekends again, instead of working 7 days! I dreamed about how nice it would be for a few days, and then put a study plan into action. Whenever I put my stubborn head to do something I really want, I succeed.

So my last two years as a student were spent in bliss. Working only 35 hours a week, including classes, for a big blue chip company that treated me really well, and paid fully for my $12,000 a year master in business. I know it seems really cheap but that is what top business schools run for in France, and to us, used to subsidized tuition, it is a lot of money.

In my class of 20, many did a first year in business school, while I stayed at university and joined them for the second and third year. Most of the students had taken on debt to finance the first year, when part-time company internships aren’t available. Some of them are still repaying their loans, 9 years out of school.

In my case, on the other hand, having that company pay for my tuition and give me about $1,200 per month as a stipend felt like a dream. I was used to my small student income from odd jobs, and it almost doubled in my last two years of business school. I spent those two years living much better than the first three, yet I always somehow kept a student’s way of life. I invited friends for dinner instead of going out, looked for free or cheap things to do, and in Paris it’s really easy to find, and traveled cheap, camping or couchsurfing.

At the end of those five years, I had about $30,000 in savings. I decided I had worked enough and deserved to see the world for a year. I chose to invest about $25,000 of those savings in a flat that would give me some $300 in rental income and live off my savings for twelve months.

I know that I am incredibly lucky, especially when comparing to students in the US who graduate with so much debt. I don’t think I would have gone into debt to finance any education, because the money you spend is pretty hard to make back. I would probably have started as a clerk in a bank instead of going to college and worked my way up from there, reaching after five years of hard work a higher level than a college graduate, and all of this debt free. The only reason I stayed in school was because it was free and I could see a value, but I find it hard to see value in a $150,000 degree.

Congratulations! You’ve worked hard this year. You made it through some tough days (or weeks or months). And now, if you’re lucky, you might end up with a holiday bonus. But before pocketing that ... END_OF_DOCUMENT_TOKEN_TO_BE_REPLACED

The United States of America is a destination most working professionals and travellers have on their list. Being one of the most visited countries in the world, it houses many tourist attractions, ... END_OF_DOCUMENT_TOKEN_TO_BE_REPLACED

When you were a kid, did you ever save quarters in a jar? Or set aside a portion of your allowance in a piggy bank for a big purchase, like a bicycle, a pair of designer shoes, or anything that mom ... END_OF_DOCUMENT_TOKEN_TO_BE_REPLACED

No matter where you are in your career, the potential of eventually retiring can be a daunting experience to think about. Are you saving enough for the future? If you are, when will you have enough ... END_OF_DOCUMENT_TOKEN_TO_BE_REPLACED

“Open an account with us – and get a free toaster!” These days, the bank toaster (clock radio, electric blanket, or other gadget) has become a cliché for consumer banking. But what you might ... END_OF_DOCUMENT_TOKEN_TO_BE_REPLACED

Watermelon. Corn-on-the cob. Fireworks after sundown. Amid all the fun, it’s easy to forget that the Fourth of July is more than just another summertime barbecue: It’s a reminder that independence is ... END_OF_DOCUMENT_TOKEN_TO_BE_REPLACED