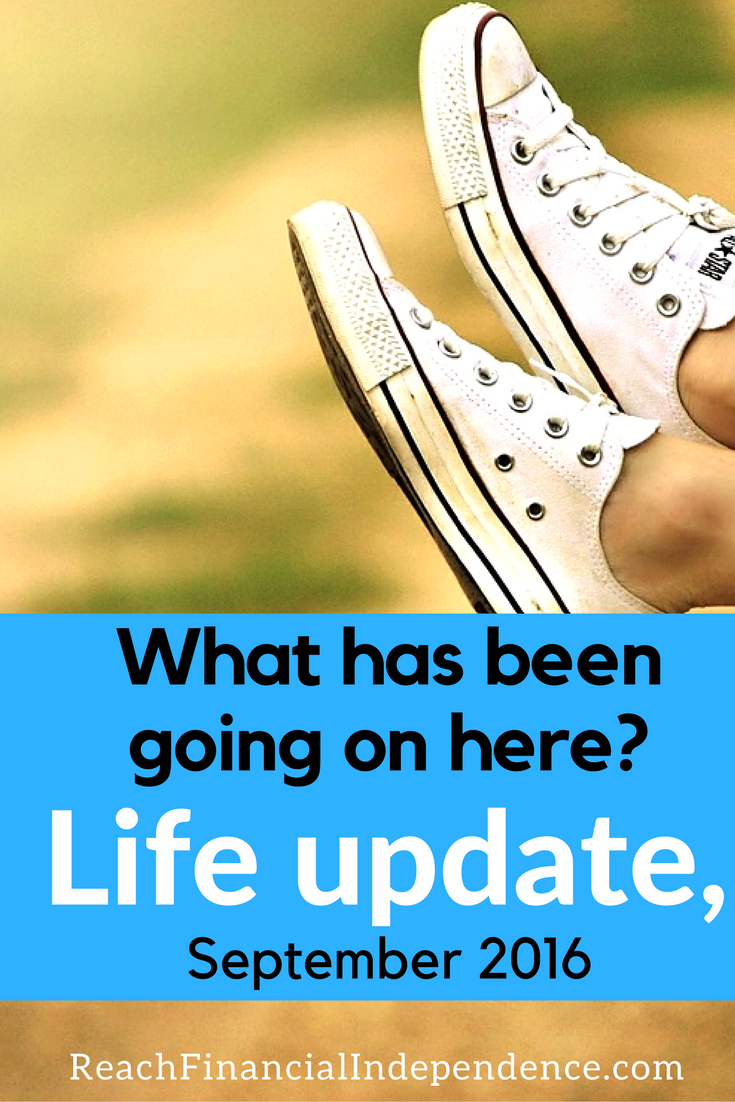 Hi! It’s been a while since I have done a personal post, so now seems like the perfect time. Life is GOOD. It has been a great year so far, but time has flown by! My good resolution to be more consistent on the blogs took a toll, like you will see over at Make Money Your Way where I have just published my income report for… June, July and August. Yes, that’s how much I’ve been slacking.

But I have managed to stay on top of everything, and am globally happy with the direction I am headed. I even bought a fourth website! The URL is still secret while money and passwords are changing hands, but I am super excited for a new project, and for another freelancing project that I have on the side as well.

Recently, I attended the Financial Bloggers Conference in San Diego, and that is another thing I was really looking forward to.

My inner introvert wanted to hide in a corner, but I was psyched to finally meet people I had been exchanging with for over four years now. And brainstorm, motivate each other, bounce ideas, … #FinCon16 deserves a post of its own!

I rented a car and drove East to Denver which is the best city. I even think I’ll be spending a few more months there soon. If you are around and want to meet drop me a line!

So what else is new? Well I am finally done with building, my house is finished, and the guest house is just getting some preventive work in case we get another hurricane. Hurricane Earl hit badly in August, so I am re-thatching the roof and putting stronger cabinets in the kitchen as well. It is crazy how wear and tear by Airbnb guests has turned my cute little kitchen into a place you wouldn’t really want to cook. Using forks on non stick pans, making sharp knives disappear, leaving the coffee machine on for five hours and melting it inside,… these were just a few of the things they did and I had to deal with. 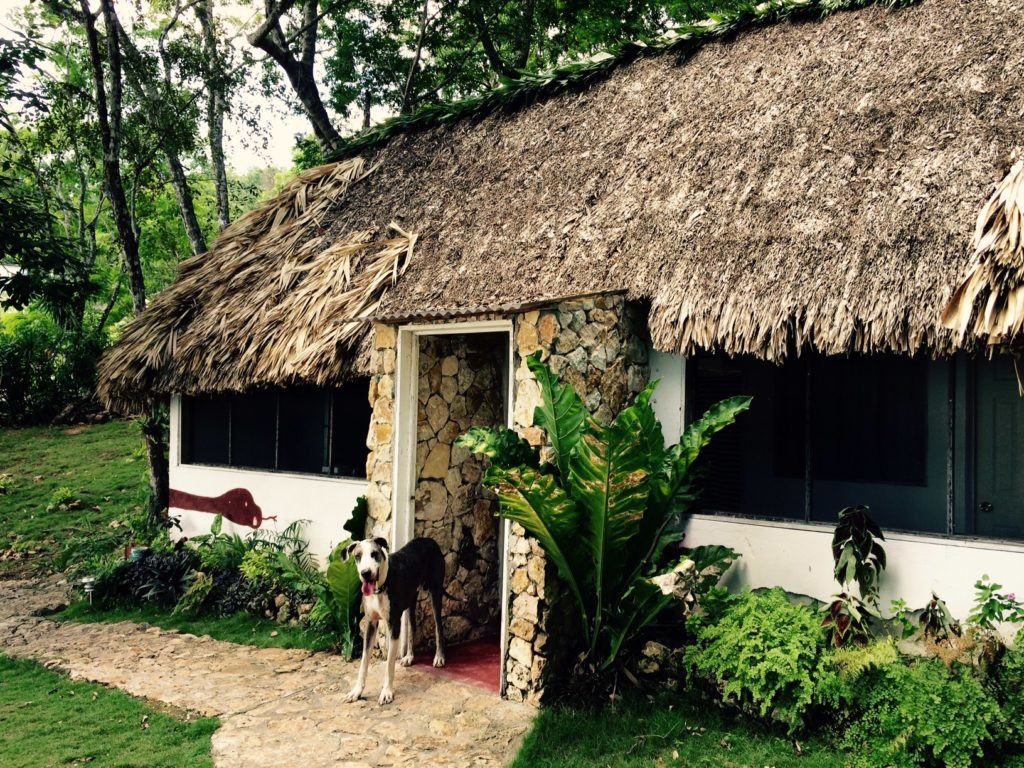 But Airbnb income has been great so I can afford to buy a few more things and make the kitchen nice again. I didn’t expect it to be that soon though. 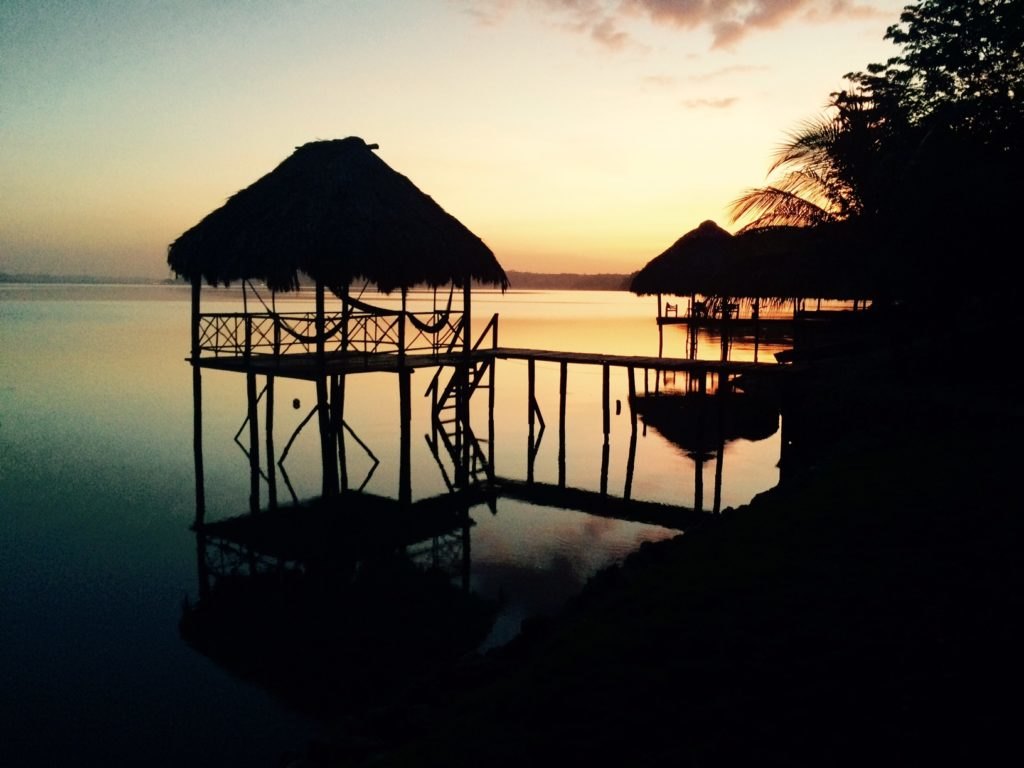 I haven’t been home much this year. I spent February and March in Patagonia, riding a bike to the Southernmost tip of the continent. It was cool, but like North Cape in Norway, it was more about the journey than the destination. Then in June I went to Texas for the first time, and it was like visiting a new country. Nothing like what I’d seen in the rest of the US. Overall, I was impressed with Texas. Seems like a great place to live and do business. I was looking into starting a business there with a friend, but the investing laws to get a business visa were a bit too complicated.

Then I went to France for the summer. Like last year, I went around on my bike, visiting friends and family in the Alps and in Provence. It was awesome. The bike gives me the freedom to visit people without them having to pick me  up at the train station, and the much needed time to recharge between visits. As an introvert, it gets intense having to talk non stop to people before you say goodbye and move to the next place. I was able to see friends and cousins I hadn’t seen in years so I really enjoyed my time there. 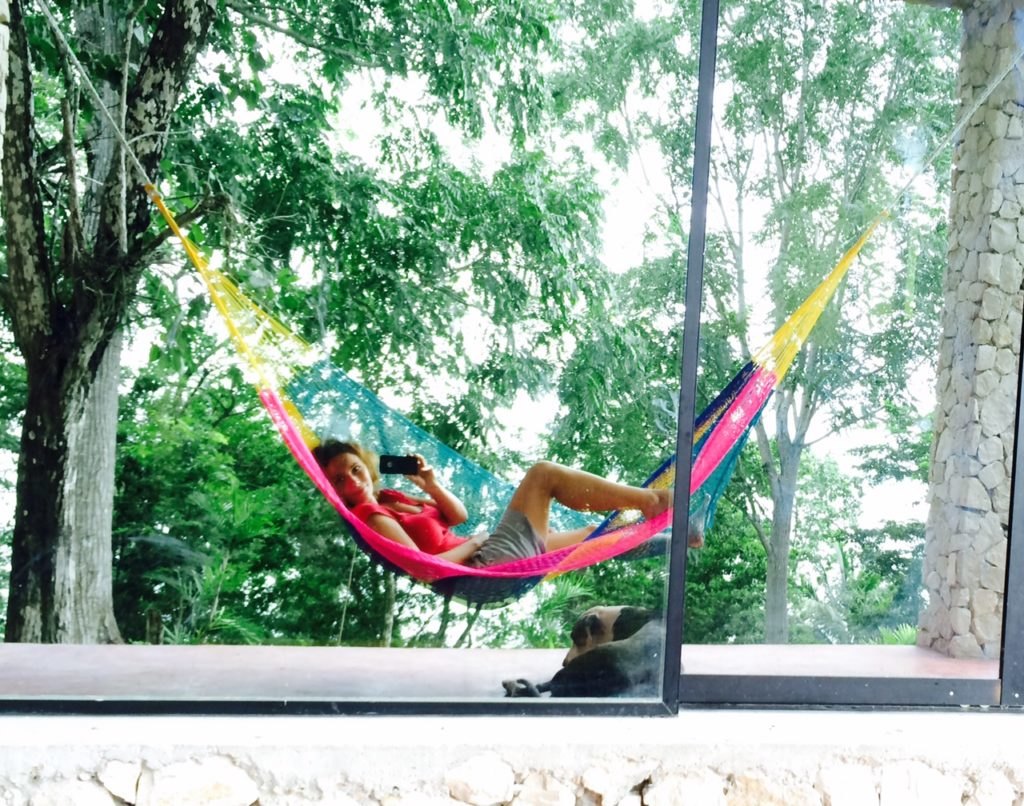 Home sweet home. I got some cool new hammocks 🙂

The only stressful part was that the hurricane was hitting Guatemala, and that same night a freaking retard trespassed and shot my dog! He claimed Napoleon chased his son who was driving on a motorcycle, and bit him. After long inquiries, I found out the guy is insane, he has shot one of my workers’ horse because my worker didn’t want to sell it to him, so two days later the horse was dead. I am relieved this is not personal, and the guy is just nuts. I think the true story is his kid trespassed to steal some fruits from my garden, the dog barked, he threw stones or tried to beat him, and the dog bit in defense.

Long story short I had a bleeding dog and was in Europe, so my staff took him to the vet, who didn’t have X-Rays to see the bullet (no exit wound), took him to the children’s hospital haha and saw the bullet was not threatening. He didn’t dare take it off so I have a limping but happy and recovering dog now. He has grown flesh and muscle around the bullet so it shouldn’t move. I gathered all my diplomatic strength (not much) and went to apologize to the shooter for the bite. I didn’t mention the shooting. I just wanted to make peace so he wouldn’t shoot Napoleon next time I’m out of town. He was very peaceful and I think we’re good, although I don’t read people well.

Napoleon now has to sleep inside my house, which he doesn’t like, and if I am away that is from 4pm when the gardener leaves, until the next day. But I make sure he then gets plenty of exercise and is walked and pet. 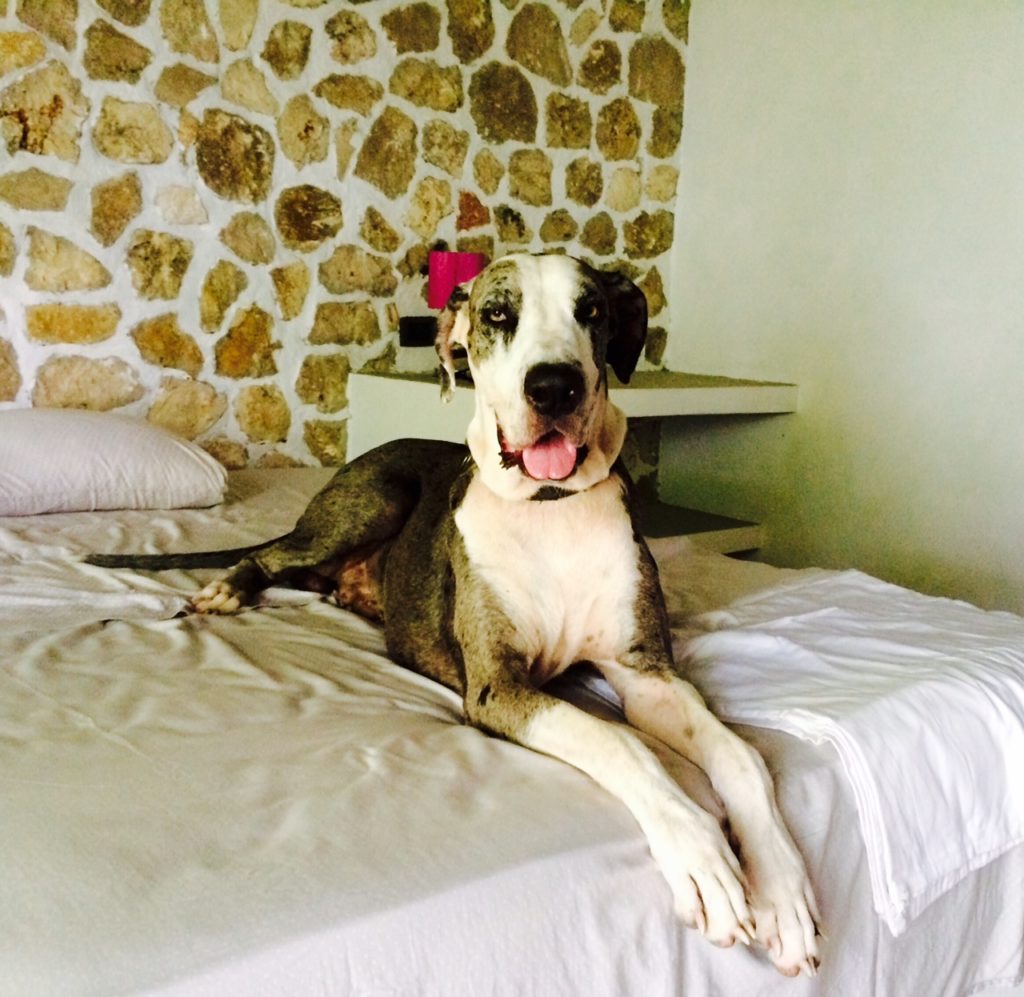 The dating scene has been pretty much non existent, so I made myself a dating page, go ahead, check it out and have a good laugh, but if you happen to meet my future husband, please share this URL! It feels pretty vulnerable to put it out there like that, but if you want something you should work for it, and if people visit this site, they’re probably more in sync in terms of values and life goals than the random online dating guy.

And just like that, that’s the end of Q3, wow how time flies.

Blog-wise, I have been writing around quite a bit, here are a few of my favorites:

Money Lessons From The French over at Haven Life

How Much Money Should I Save Each Month? on Investment Zen

Financial Independence Is Easier As A Couple on Retire By 40

How was your summer? What are your plans for Q4? Want to meet in California?

Planning for a secure financial future is a wise decision that you should make for your family. You need to be committed to building wealth and take charge of your money. By investing in the right ... END_OF_DOCUMENT_TOKEN_TO_BE_REPLACED

Cryptocurrency has become a popular investment option in recent years, as more people want to make profits from its white-hot rise. However, cryptocurrency investment is a risky endeavor. It is highly ... END_OF_DOCUMENT_TOKEN_TO_BE_REPLACED

Unsurprisingly, there are plenty of people out there jostling to help you spend your nest egg. All promise high returns, but not all that many deliver; in fact, you can quickly lose your super if ... END_OF_DOCUMENT_TOKEN_TO_BE_REPLACED

If you have recently taken up a position at a brand-new company and opened a 401k for the first time, you may be on the hunt for additional information when it comes to the various ways in which tax ... END_OF_DOCUMENT_TOKEN_TO_BE_REPLACED

Congratulations! You’ve worked hard this year. You made it through some tough days (or weeks or months). And now, if you’re lucky, you might end up with a holiday bonus. But before pocketing that ... END_OF_DOCUMENT_TOKEN_TO_BE_REPLACED

The United States of America is a destination most working professionals and travellers have on their list. Being one of the most visited countries in the world, it houses many tourist attractions, ... END_OF_DOCUMENT_TOKEN_TO_BE_REPLACED