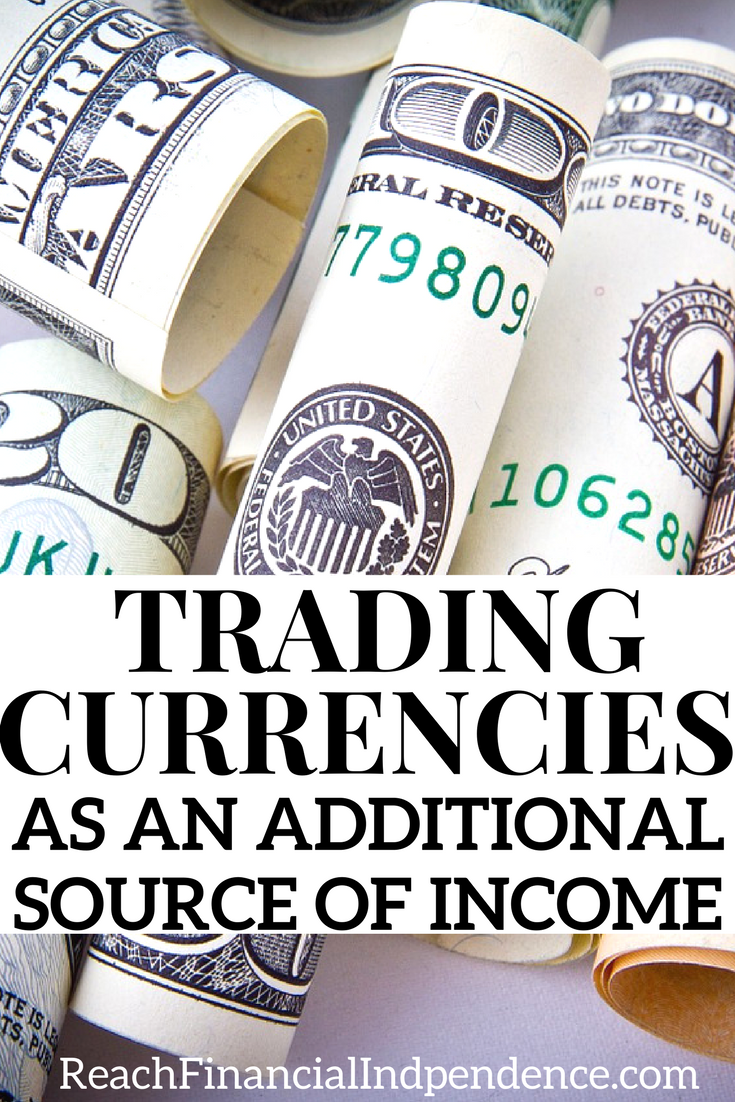 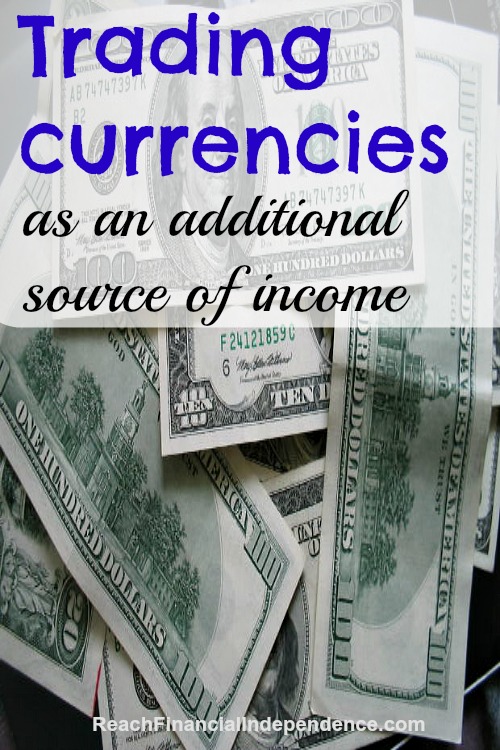 When I first started considering passive income generation, the first two things that popped in my mind were real estate and Forex trading. I discovered currency foreign exchange, or Forex when I was traveling, as a few day traders were enjoying the nomadic lifestyle it allowed. As a traveler, I knew a bit more about currencies than stocks, was more aware of current events, and found foreign currencies more attractive than stock and shares. The saying ”invest in what you know” makes sense, and I thought I knew a fair bit about currencies.

The first time I got acquainted with currencies, I was 10 or so, and my older cousin was bragging about going to New York soon, pointing out the dollar was only five francs at the time (0.75€), so one had to take advantage of the opportunity. That was my conception of currencies for the following 10 years. If a currency is weak, you can travel there cheaply and enjoy a bargain. I really had no idea you could actually buy, sell and buy back for a profit (or a loss).

Ten years later, I read a book and did some online research on currency trading. It looked very promising. I learned the jargon, short, long positions, carry trades and the like. And opened a demo account on a trading website. I had $100K play money at my disposal, and did very, very well, turning a profit quite quickly. It was time to go with my own money.

Suddenly, when it is you hard earned cash on the line, you become more cautious. Emotional even. And emotional trading is the best way to make money mistakes. If you are convinced that the dollar will get weaker as I was, but see a temporary strengthening, you start questioning your judgment and take a quick small loss instead of a big one later. Then the market rebounds and you buy again at a higher price, feeling stupid for being emotional earlier on.

It is easy to be a slave to day trading as well, and spend most of the day stuck on your screen watching every little move on the currency. You wake up in the middle of the night when London opens, and go to bed when New York closes. It is exhausting.

After a few bad moves, I decided to automate my trades in order to remove any emotions. I placed a lot of small orders, at different points, with a stop loss that would lose me a few dollars, and a take profit that would earn me a small amount as well. Once a day, I would review my positions, cancel the orders that would probably not be filled and place a few new ones. It is kind of like blogging, when you watch your stats so closely at the beginning and get all fuzzy because 10 people have seen your site, then you just concentrate on your writing, and 500 visits a day doesn’t sound like a big deal.

You have to be careful with Forex trading though. Many companies will offer a big leverage. That means if you have $1,000, you can ”buy” $50,000, and if the rate goes down, when you are losing $800 or so, you will get a margin call and most of your money will be gone. A $800 swing on a $50K trade is nothing. I quickly reduced my margin to limit the risk. And only put a small amount into my account to avoid being tempted of adding more ”because it should get better soon”. You shouldn’t add to a loss. Once I made my first $1,000, I actually withdrew all but the profits, and started taking riskier positions with the ”free money”.

Now that I also have currency needs, and often convert dollars, euros, and British pounds, I use my Forex account. The spread is much smaller than a formal bank and the transfers are very quick. That is a zero margin operation. The only risk that I am taking is a rate fluctuation, since it takes a couple of days for the money to reach my account. If I deposit euros to convert into dollars, I know I will convert them at the daily rate two days from now (better or worse), while the bank would send the wire transfer at today’s rate.

As far as additional income is concerned, Forex is quite a small part of mine. With a very low margin, I can afford to keep my positions even though they are negative at the moment, and wait for the rates to go back up again. The risk is holding losing positions for too long, and exiting with a small profit too early.

If you are in the UK and often travel to the Euro Zone, you could use a Forex account as an hedge against currency fluctuation for your next holiday. Say today the pound buys you 1.23€, and you think by the time you go on holiday this summer, it will be weaker. You put £1,000 on a Forex account and get 1230€. In summer, when the rate is down to 1.15€, you convert back your holiday savings to £1,069, that will still buy you 1230€ when you travel. Doing several trades could bump up your holiday fund.

Be careful tough, it could diminish if you make some wrong moves, any potential reward comes with similar potential risk.

Have you ever tried Forex trading? What is your experience?

Planning for a secure financial future is a wise decision that you should make for your family. You need to be committed to building wealth and take charge of your money. By investing in the right ... END_OF_DOCUMENT_TOKEN_TO_BE_REPLACED

Cryptocurrency has become a popular investment option in recent years, as more people want to make profits from its white-hot rise. However, cryptocurrency investment is a risky endeavor. It is highly ... END_OF_DOCUMENT_TOKEN_TO_BE_REPLACED

Unsurprisingly, there are plenty of people out there jostling to help you spend your nest egg. All promise high returns, but not all that many deliver; in fact, you can quickly lose your super if ... END_OF_DOCUMENT_TOKEN_TO_BE_REPLACED

If you have recently taken up a position at a brand-new company and opened a 401k for the first time, you may be on the hunt for additional information when it comes to the various ways in which tax ... END_OF_DOCUMENT_TOKEN_TO_BE_REPLACED

Congratulations! You’ve worked hard this year. You made it through some tough days (or weeks or months). And now, if you’re lucky, you might end up with a holiday bonus. But before pocketing that ... END_OF_DOCUMENT_TOKEN_TO_BE_REPLACED

The United States of America is a destination most working professionals and travellers have on their list. Being one of the most visited countries in the world, it houses many tourist attractions, ... END_OF_DOCUMENT_TOKEN_TO_BE_REPLACED