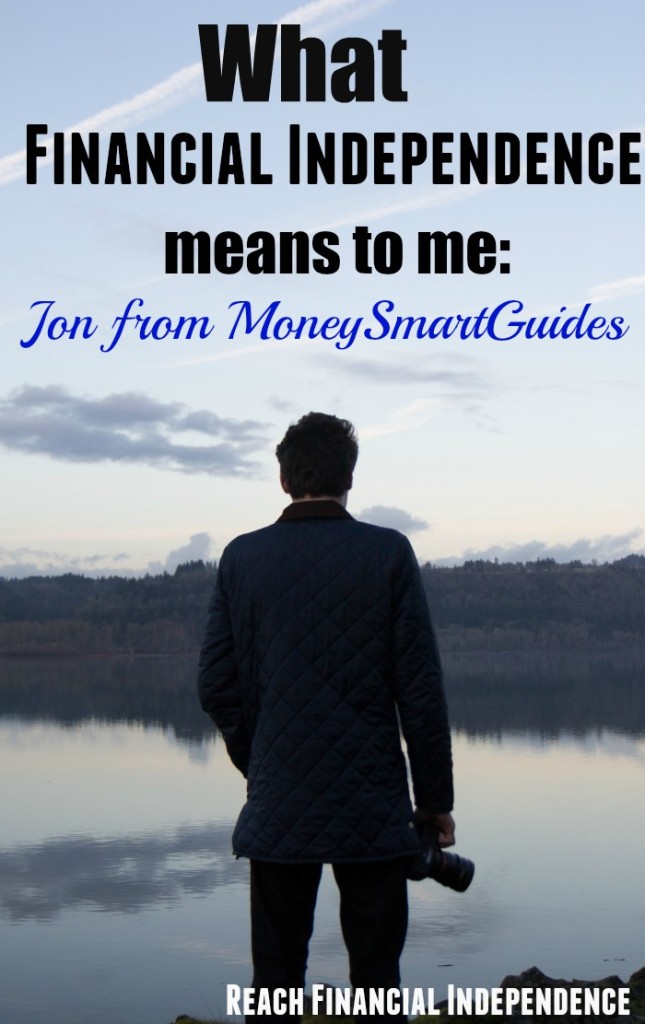 Morning! Today I am having Jon from MoneySmartGuides who will share his vision of Financial Independence, and how he may become my neighbor under the Guatemalan sun haha. Let me know if you would like to guest post on RFI.

You can also find me today on Stacking Benjamins, talking about having a plan for your financial future, and on Club Thrifty about how to make money in your pajamas. On Make Money Your Way, Jessica Larrew shares how she has earned over $100,000 on Amazon last year 🙂 A fine busy day indeed! 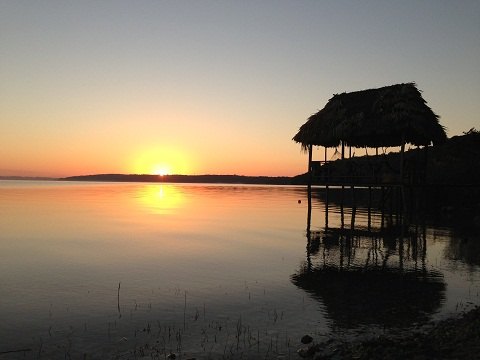 When I was little, I “thought” I wanted to be financially independent. To me, being financially independent meant a huge mansion, cars and lots of things. I don’t remember what these “things” were now and at the time I probably didn’t know either. I just knew I wanted lots of stuff because I associated that with having lots of money. Ironically, at the same time, I knew I wanted to grow up to be a garbage man. (As I wrote that, I chuckled to myself, but then stopped and thought about it for a minute. I’m sure if you are a garbage man that has the right mindset, I bet you could make out fairly well. Think about how lazy we as a society are and all of the perfectly fine things in working condition we throw away. Heck, the saying “one man’s trash is another man’s treasure” didn’t make itself up!)

Once I graduated from college, I thought I was set. I was going to land a job earning six figures, buy my mansion and cars and become CEO before 30. What ended up happening is that I took a job – the only job I was offered – for a starting salary of $27,500. While it wasn’t as much as I wanted, I didn’t worry. I lived life and I lived well. Too well in fact. I ended up getting myself into a decent sum of credit card debt.

As it turns out, I was buying things to feel good about myself, to make up for the fact that I wasn’t where I thought I would be. I would buy something and get “high” off of it. When that high faded, I would buy something else. I quickly maxed out two credit cards. I decided that enough was enough and opened a third credit card account because they were offering 0% interest on balance transfers. I figured I would transfer my balance from one card over to the 0% card and focus on paying off the other credit card that I was carrying a balance on.

A funny thing happened after I transferred that balance. I started spending again. Then it hit me. I realized that buying things wasn’t the solution to my problem. In order to stop all of this spending, I needed to get real with myself. I took out all of the stuff that I had bought and put it on my bed. I then took a picture of it to remind me that I spend without thinking and that I need to stop and think before I buy.

As I controlled my spending and paid down my credit card debt, I realized what truly made me happy: spending time with friends and family and doing things that I want to do. Things don’t necessarily buy me happiness. People provide me with happiness. Most of all, I wanted the time to spend with others creating experiences. I needed a plan.

In order to have the experiences I want, I need money. But the catch here is that I don’t want to be tied to a desk for the next 40 years of my life creating the wealth I need. As a result, I have diversified my income. We all know how important it is to diversify our investments. Doing so reduces risk and gives a slight increase to reward. The same holds true with income as well.

I have my full time job that still provides me with the majority of income. However I also have money invested in the stock market, generating income. I also have three blogs that I run which bring in income as well. Then there are the little things I do as well: sell things on eBay/Craigslist, take surveys, sell scrap metal, etc. All of these don’t generate a ton of income, but all of that income gets invested so that it grows and compounds.

If you get anything out of this post, I hope that it is some combination of the following three things:

Understand that things cost money – more money than you think they do. It’s not just the purchase price, but the ongoing yearly price over time that really hurts. Too many times we just look at the purchase price and ignore all of the other costs associated with an item.

Find a way to earn income from doing something you love. I enjoy my job. But I love blogging. The fact that I make money blogging blows my mind. I can’t retire tomorrow on the income it makes, but the fact that I even make money sometimes still amazes me. It’s not easy, as it takes a lot of work, but it never feels like work to me. I get excited when I work on my blog. I hope that one day the income will be enough for me to cover my basic living expenses. Take some time to think about the things you love doing and if there is any way you can generate income from it.

Finally, always continue to learn and grow. Before I became a fan of this blog, I thought I needed much more money in order to become financially independent. By finding this site and learning about life in Guatemala, I realize that you can be financially independent in some places with what you already have. When we learn we grow and when we grow we become better people.

Jon writes for MoneySmartGuides, a personal finance blog that helps educate people on personal finance so that they can reach their financial dreams. He focuses mainly on investing and paying off debt since those are the two of the most challenging personal finance topics we face.

This post was featured on the Money Smart Guides, KNS Financial, thank you!

Planning for a secure financial future is a wise decision that you should make for your family. You need to be committed to building wealth and take charge of your money. By investing in the right ... END_OF_DOCUMENT_TOKEN_TO_BE_REPLACED

Cryptocurrency has become a popular investment option in recent years, as more people want to make profits from its white-hot rise. However, cryptocurrency investment is a risky endeavor. It is highly ... END_OF_DOCUMENT_TOKEN_TO_BE_REPLACED

Unsurprisingly, there are plenty of people out there jostling to help you spend your nest egg. All promise high returns, but not all that many deliver; in fact, you can quickly lose your super if ... END_OF_DOCUMENT_TOKEN_TO_BE_REPLACED

If you have recently taken up a position at a brand-new company and opened a 401k for the first time, you may be on the hunt for additional information when it comes to the various ways in which tax ... END_OF_DOCUMENT_TOKEN_TO_BE_REPLACED

Congratulations! You’ve worked hard this year. You made it through some tough days (or weeks or months). And now, if you’re lucky, you might end up with a holiday bonus. But before pocketing that ... END_OF_DOCUMENT_TOKEN_TO_BE_REPLACED

The United States of America is a destination most working professionals and travellers have on their list. Being one of the most visited countries in the world, it houses many tourist attractions, ... END_OF_DOCUMENT_TOKEN_TO_BE_REPLACED