On January 1st, I set a number of financial goals, and will update every couple of months through the year. Here is the first review. 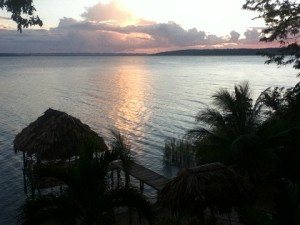 The main financial goal was to grow my net worth by 30%. With the purchase of a car, a boat, over $12K of works on the house, and repairs on my rental property it was an expensive start of the year.

I do not include the car in my NW, nor did I change the value of the house with the upgrades. I consider those sunk costs of living.

There was also a change in currency, with the Euro appreciating, Pound Sterling and Dollar devaluing, that shifting things a bit.

With all that, net worth so far is up 2.5%. A little behind, although most of the growth I expect from the sell of the 90 acres land that we haven’t tackled yet.

Second financial goal was to pay $25,000 of debt that was used to finance several investments over the past years. I have paid $9,500 to close a loan in January plus $750 in capital each month totaling $11,000. Well on target. I have over $10K on a 0% credit card ending in June, that I want to get rid off, so the goal should be met with the normal payments by September.

Pay $10K credit card in June: Money is on my account, bringing $40/ month in interest while the 0% runs off.PASS

Sell plots on the 90 acres land to get back the purchase price. We have a few serious people so far, but nothing is set in stone. The plans are shifting slightly, to make a more popular development at the back and a nicer one on the prime plots with lake view. I was expecting the architect to move faster with the parcels, he still hasn’t delivered any map, making the sell attempts complicated.

Not sell my cattle for extra money until the end of April. PASS They are still happily eating pasture at the ranch, and I have enough cash to leave them until April.

Take a trip back to Europe: Money is on my account, not sure when I would go. PASS

Take a trip to the US: Ongoing goal, since we bought a car, I had to use the money. Not that I budget much, but there is money for either one trip or the other.

I am pretty happy with how the goals are going, and when I pay my 0% CC in June I will only have a rental mortgage left, which is really exciting. No doubt I will make the savings goal but it is time to shift all efforts towards the land development, to reach the 30% net worth increase goal!

Planning for a secure financial future is a wise decision that you should make for your family. You need to be committed to building wealth and take charge of your money. By investing in the right ... END_OF_DOCUMENT_TOKEN_TO_BE_REPLACED

Cryptocurrency has become a popular investment option in recent years, as more people want to make profits from its white-hot rise. However, cryptocurrency investment is a risky endeavor. It is highly ... END_OF_DOCUMENT_TOKEN_TO_BE_REPLACED

Unsurprisingly, there are plenty of people out there jostling to help you spend your nest egg. All promise high returns, but not all that many deliver; in fact, you can quickly lose your super if ... END_OF_DOCUMENT_TOKEN_TO_BE_REPLACED

If you have recently taken up a position at a brand-new company and opened a 401k for the first time, you may be on the hunt for additional information when it comes to the various ways in which tax ... END_OF_DOCUMENT_TOKEN_TO_BE_REPLACED

Congratulations! You’ve worked hard this year. You made it through some tough days (or weeks or months). And now, if you’re lucky, you might end up with a holiday bonus. But before pocketing that ... END_OF_DOCUMENT_TOKEN_TO_BE_REPLACED

The United States of America is a destination most working professionals and travellers have on their list. Being one of the most visited countries in the world, it houses many tourist attractions, ... END_OF_DOCUMENT_TOKEN_TO_BE_REPLACED