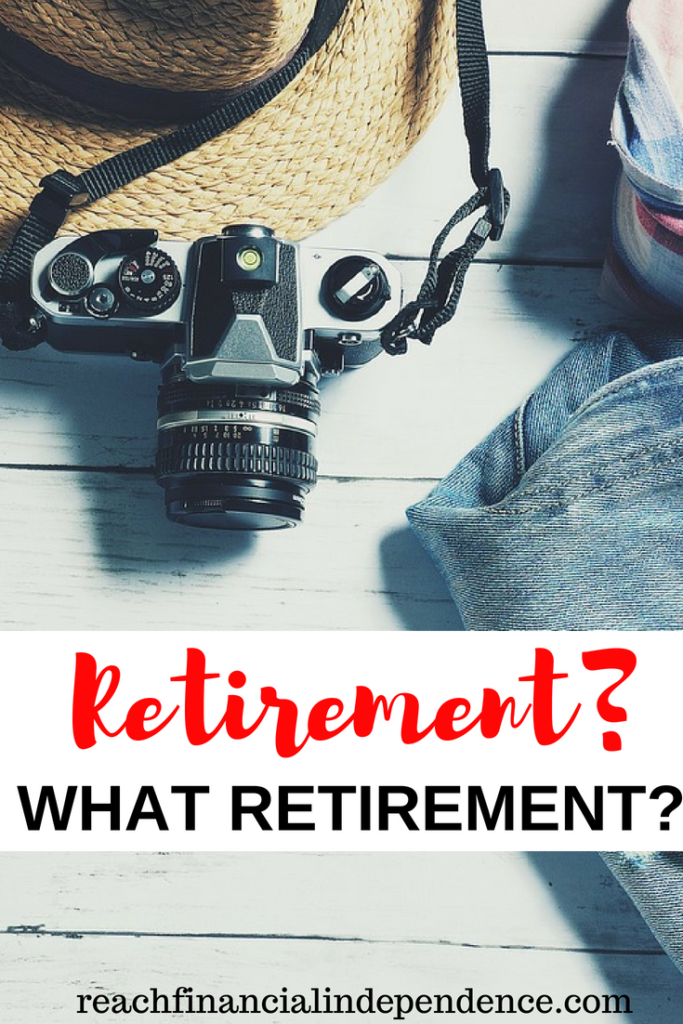 Good morning! Today I have a post from Maria, the blogger behind The Money Principle: a personal finance blog that will ‘make your head hurt and your wallet sing’. There she writes about money management, wealth, health and anything that takes her fancy. Enjoy!

Once upon a time retirement was a relatively simple and relatively automatic affair. One worked for forty years, one retired and then one did what retired people usually do: pottered around in the garden, looked after the grandchildren, generally led a life of routine and tedium and eventually passed to another realm.

This was the time when the economy was dominated by large corporations; people had jobs for life; and self employment was for artisan, tradespeople (ok, mainly tradesman) and the ‘arty’ types. Back then people patiently waited for their retirement, saved what they could, were resigned with their lot and aged early.

This time is gone! The economy has changed to include a multiplicity of ‘small players’ and, lately, networked individuals; it’s been sometime since any of us has had a whiff of a job for life; and the numbers of the self-employed are rapidly increasing: in the UK in 2012 there were 367,000 more self-employed than in 2008 or a 10% increase.

Do I feel nostalgic about the time past when things were easy and predictable? No; I say ‘good riddance’. Yes there was security but it came at the price of predictability and boredom. Do you know, whenever I read (or watch) The Hobbit I know exactly how Bilbo Baggins feels: the Shire is lovely but boring for the spirit craving adventure.

Retirement stopped being a fixed point in people’s lives; quite the reverse, the combination between the possibility to retire at any time and the hunger to do the things we crave, made the dream of early retirement possible. 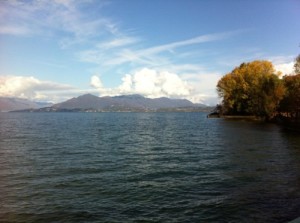 This is not a dream I share; I don’t want to retire ever. I still belong to a generation that associates retirement with ‘vegging’ in front of the TV, worn out cardigans and twisted ribbed stockings. Not for me!

What I want is

Here you have it: I don’t want retirement! Having achieved financial health by paying off all our consumer debt I want financial independence that meets both conditions set out above. Why do I emphasize that?

Because if John and I focus only on the first condition – not having to be employed – we can be financially independent in weeks, if not days. This is possible by doing one of two things:

But why chose the standard when you can go after your dream? And here comes the second condition: to be able to live the life we want. This includes keeping our house and having the resources to do all the things we want to do: I want to ride a motorbike across the US, walk the Camino route, dance Flamenco and chase marathons; John wants to fly planes, to drive Range Rovers across the desert and take photographs; we both want to travel and live in other countries learning languages and exploring the local culture. Oh, and I will write a novel people want to read!

As to keeping the house, it is too large, I agree. But it is our home and we would like our future grandchildren to stay with us – we would love to show them how to live life to the fullest, looking forward not back and regretting not the things they’ve done but the ones they didn’t have the courage to do.

Using the ‘retirement’ calculator we designed, we calculated that for that we need £2.5 million (roughly $3.7 million). Sounds impossible? Great! I love impossible. And we have until October 31, 2018 to get there.

If you think this is a dream, think again; because we have a plan. Without disclosing too much detail – we would rather do that step by step when we try things – our plan includes rapid accumulation; investing and business building.

At the moment, we have a generous cash flow. Keeping to the sound money management principles we set out when in debt allows us to stash it all away. Further, we are projecting an increase of cash flow on the basis of:

We are already off to a good start: three months after paying off our consumer debt we have close to £15,000 ($22,000) stashed away. Most importantly, we are not keeping this money in a savings account that pays 1.5% interest and incurs tax. It is all in a Nutmeg ISA which is currently returning over 20%.

Our projections show that by next March will have about £60,000 ($90,000) and this is a rather conservative estimate. Building a substantial sum will get us in a position to invest in ‘big deals’.

This second stage of the ‘M&J get wealthy’ programme builds on the following:

So nothing ventured, nothing gained.

This occupies a place of honour in our plan: a) businesses are the area where fast growth can be achieved (both as income streams and asset building); and b) businesses can be automated (£2.5 million translates into £10,000 per month and doesn’t need to be in cash; equivalent will do).

We have a dream and we have a plan. Having been on this Earth for over a century between us, we do know that plans can go wrong and we don’t always get what we wish for. Would this make us abandon our dream?

No chance! I am going after the dream with a target and the determination of a drug addict: and if you hear a motorbike passing look for me!

This post was featured on The Heavy Purse, Budgets are Sexy, The Money Principle, thank you!

Planning for a secure financial future is a wise decision that you should make for your family. You need to be committed to building wealth and take charge of your money. By investing in the right ... END_OF_DOCUMENT_TOKEN_TO_BE_REPLACED

Cryptocurrency has become a popular investment option in recent years, as more people want to make profits from its white-hot rise. However, cryptocurrency investment is a risky endeavor. It is highly ... END_OF_DOCUMENT_TOKEN_TO_BE_REPLACED

Unsurprisingly, there are plenty of people out there jostling to help you spend your nest egg. All promise high returns, but not all that many deliver; in fact, you can quickly lose your super if ... END_OF_DOCUMENT_TOKEN_TO_BE_REPLACED

If you have recently taken up a position at a brand-new company and opened a 401k for the first time, you may be on the hunt for additional information when it comes to the various ways in which tax ... END_OF_DOCUMENT_TOKEN_TO_BE_REPLACED

Congratulations! You’ve worked hard this year. You made it through some tough days (or weeks or months). And now, if you’re lucky, you might end up with a holiday bonus. But before pocketing that ... END_OF_DOCUMENT_TOKEN_TO_BE_REPLACED

The United States of America is a destination most working professionals and travellers have on their list. Being one of the most visited countries in the world, it houses many tourist attractions, ... END_OF_DOCUMENT_TOKEN_TO_BE_REPLACED