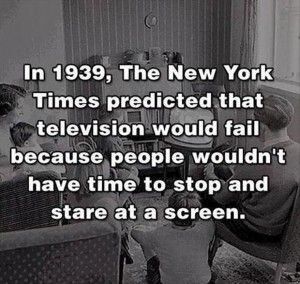 Cord-cutting is no longer a buzzword these days. I used to think of it as an impractical way to save on cable TV costs, but even big brands like AT&T U-verse running huge promotion codes to make prices more reasonable are starting to seem like a waste. Recently, I took the plunge after realizing I was paying way more to satisfy my viewing preferences.

Because let’s face it – we don’t even watch all the channels, but still have to pay monthly subscription. I won’t call it a fortune, but it’s a lot of money for something that isn’t even being used.

The Federal Communications Commission reveals that the average cable subscription bill is $64 per month, which adds up to $744. Prices however can go even higher depending on the plan being subscribed to. And NDP Group reports that it could reach to $123 a month by 2015 and $200 a month by 2020.

Thankfully all of us can take advantage of these growing alternatives:

Smart TVs and set top boxes such as Apple TV and Roku are some viable options that have been gaining momentum. Apple TV for example lets you access content from most popular TV channels as well as your iPhones, iPads and Macs. Apple has also included applications for ESPN, HBO Go, Smithsonian, ABC, ESPN and you can even subscribe to MLB and NHL Gamecenter directly from this device.

Likewise, Google’s Chromecast, costing a mere $35, can be plugged into your TV’s HDMI card and can stream several services such as Red Bull TV and Vevo. Additionally the device can also use the Chrome browser on your PC or Mac to send web content to your TV; this could end up in a lot of savings if you’re the one for online content.

Amazon Prime, Netflix and Hulu are also attractive cable TV service alternatives. What’s even better is that some online (non-cable) services now also include original programming; which you may find better than what the networks throw at you. Though each of these three has an associated cost, even the combined cost will likely be less than the cable TV bill lying on your front door.

If you are unsure about making the move to online content you should consider trying out one month of free Netflix while continuing with your cable service. This will give you the luxery of testing it without either canceling your cable or doubling up on your costs. This has been made possible through promotions and coupons which the companies are offering along with the hope that consumers who join also stay long-term and judging by the performance numbers, consumers are doing exactly what they are hoping for.

A prime example comes in the form of Breaking Bad, which averaged 1.2 million viewers in the first season, which grew to 1.9 million after 3 more seasons. But the show’s growing popularity on Neflix led it to 10.3 million viewers for its finale, and the show continues to find new audience even today, courtesy of these services.

Call me old fashioned, but antennas can get you most of the basic channels without all the cost of gadgets and devices or cable TV subscription. Depending on your location, you can get access to standard public channels and stations like NBC, CBS, ABC, CW and Fox.

There are even tools available that show you the availability of stations in your area. For example, antennaweb.org lets you search a list of stations, which are filtered by your address and zip code. Depending on your location, a $10-$15 antenna may be what’s required for basic access.

Bundle some of these alternatives together should get you most content without the added cost of extra channels.

Planning for a secure financial future is a wise decision that you should make for your family. You need to be committed to building wealth and take charge of your money. By investing in the right ... END_OF_DOCUMENT_TOKEN_TO_BE_REPLACED

Cryptocurrency has become a popular investment option in recent years, as more people want to make profits from its white-hot rise. However, cryptocurrency investment is a risky endeavor. It is highly ... END_OF_DOCUMENT_TOKEN_TO_BE_REPLACED

Unsurprisingly, there are plenty of people out there jostling to help you spend your nest egg. All promise high returns, but not all that many deliver; in fact, you can quickly lose your super if ... END_OF_DOCUMENT_TOKEN_TO_BE_REPLACED

If you have recently taken up a position at a brand-new company and opened a 401k for the first time, you may be on the hunt for additional information when it comes to the various ways in which tax ... END_OF_DOCUMENT_TOKEN_TO_BE_REPLACED

Congratulations! You’ve worked hard this year. You made it through some tough days (or weeks or months). And now, if you’re lucky, you might end up with a holiday bonus. But before pocketing that ... END_OF_DOCUMENT_TOKEN_TO_BE_REPLACED

The United States of America is a destination most working professionals and travellers have on their list. Being one of the most visited countries in the world, it houses many tourist attractions, ... END_OF_DOCUMENT_TOKEN_TO_BE_REPLACED