Last weekend, I got a dog! I have wanted one for a long time, but the nomadic lifestyle I have led for the past 10 years didn’t really fit with owning a dog. Now that I have a place to call home, and some staff to take care of said place and all the animals if/when I am away, I thought it was the perfect time to get a dog. BF wanted a Great Dane, so I had put an ad online a couple of months back asking for one as a surprise for his birthday, but then he started talking about not being ready for a dog right now, so I stopped looking. But the ad was still online and someone called me last week to check on 2 month-old puppies he had.

We took the motorcycle to go check them out, and $150 later, I was the proud owner of Napoleon! Only two months old and he is already as big as BF’s adult Schnauzer dogs. 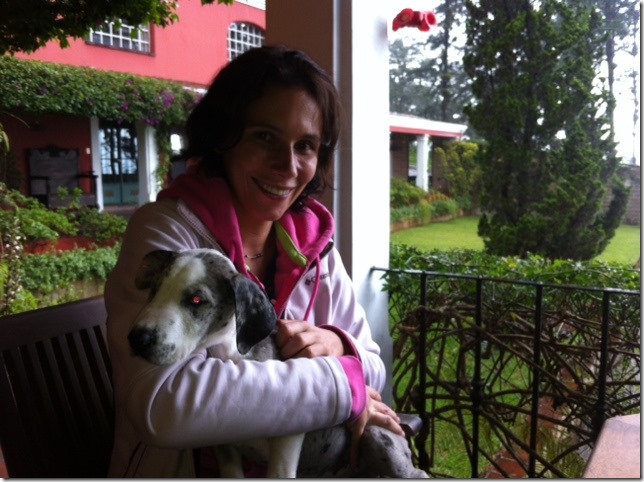 I had checked shelters before but wanted a male, and they only had females with all sorts of problems I was not ready for, plus they asked for donations in a similar price range, so there was that. After a quick search on Craigslist in the US, Great Dane puppies sell for $500 to $1,000+, some with papers of their pedigree, some with nothing.

The previous owner showed us pictures of his parents, who are huge at over 6 feet standing, but he looks a bit small for his age, and skinny, as the guy was complaining about how much he ate, he came home and had two bowls of dog chow. His shots were up to date but he needs new shots this week and I have no idea how much that will be.

On the next day, I went to the store to get him some puppy stuff. I was amazed to see how marketers can make you spend so much money for a pet!

There were $30 dog treats in a tiny bag, which is the cost of 10lb of pork meat, 4 whole chickens or 8lb of ground beef here 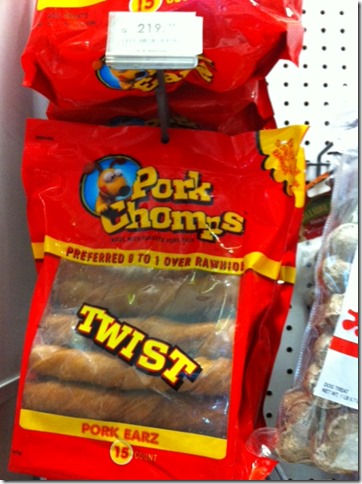 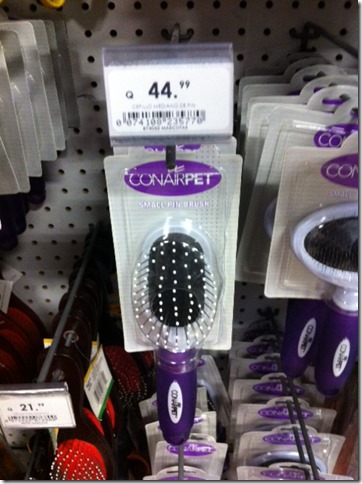 Or you could go for the $30 brush as well 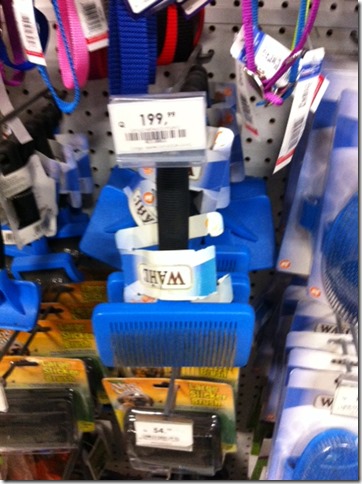 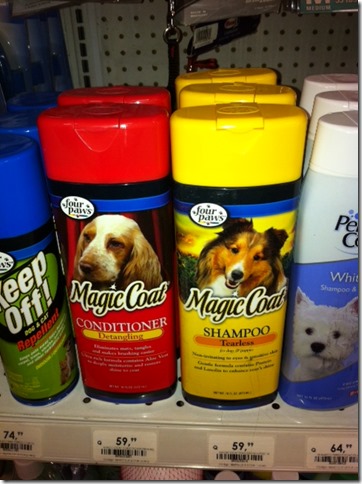 There is no way Napoleon is getting a $50 bed 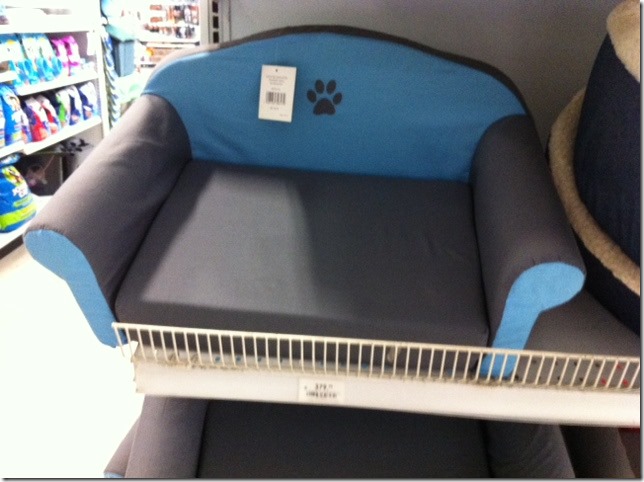 Or a world cup t-shirt… 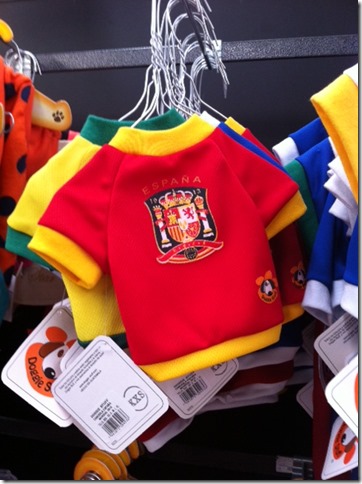 Anyway, I ended up going to the dollar store which happened to have a dog brush, bought him a couple of toys and a sticky mat to put his bowls on so he doesn’t spill his food all around, then went to the supermarket to buy some puppy chow ($15 for 8lb), a couple of big bowls ($3 each) for water and food, and I got him a necklace ($5) and a leash ($8) for a total of $38. I also bought a $3 blanket so he can sleep warm and cozy on his new bed: a cardboard box. 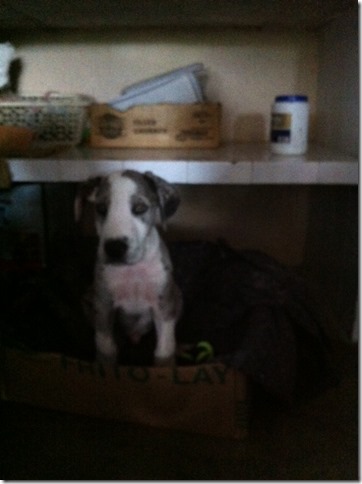 The supermarket (Walmart) had the best deal on dog food, about half price from the specialized pet shop and 25% cheaper than the kind of Home Depot that had a pet aisle. For $10 at the pet sore you could get an engraved plate with his name and your phone number, which seems like a good deal but it was an 8 days wait and I am in Guatemala City, so will try to get it when I get home. Hopefully he doesn’t get lost in the meanwhile…

I totally understand new parents now, who would spend any amount on their kid, but lil’ Napoleon will have the bare minimum to be happy and healthy. After reading a bit about Great Danes, they are quite delicate as puppies, because they grow up so fast, reaching 5/6th of their adult height (the biggest dog race there is) by the time they are a year old, that if you don’t feed them properly and give them their shots as per the schedule, they can have bone pains and trouble carrying their weight.

So I bought the best food there was (Puppy Chow) and will keep a close track of his monthly anti-parasite treatment and quarterly shots. I have no idea how much he will eat and cost in monthly feed, but I’d say a good $30 by the time he reaches his adult size. I am also happy he is just a puppy and hopefully will soon get  used to being around the other animals at home, as I was afraid an adult dog would play with the chickens and kill them. 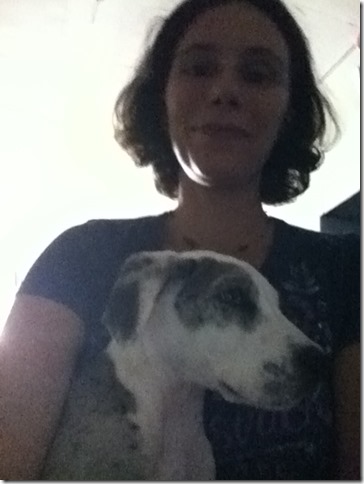 Here is our first selfie, proud parents posting 12 times a day on Facebook, I get it now

Unsurprisingly, there are plenty of people out there jostling to help you spend your nest egg. All promise high returns, but not all that many deliver; in fact, you can quickly lose your super if ... END_OF_DOCUMENT_TOKEN_TO_BE_REPLACED

If you have recently taken up a position at a brand-new company and opened a 401k for the first time, you may be on the hunt for additional information when it comes to the various ways in which tax ... END_OF_DOCUMENT_TOKEN_TO_BE_REPLACED

Congratulations! You’ve worked hard this year. You made it through some tough days (or weeks or months). And now, if you’re lucky, you might end up with a holiday bonus. But before pocketing that ... END_OF_DOCUMENT_TOKEN_TO_BE_REPLACED

The United States of America is a destination most working professionals and travellers have on their list. Being one of the most visited countries in the world, it houses many tourist attractions, ... END_OF_DOCUMENT_TOKEN_TO_BE_REPLACED

When you were a kid, did you ever save quarters in a jar? Or set aside a portion of your allowance in a piggy bank for a big purchase, like a bicycle, a pair of designer shoes, or anything that mom ... END_OF_DOCUMENT_TOKEN_TO_BE_REPLACED

No matter where you are in your career, the potential of eventually retiring can be a daunting experience to think about. Are you saving enough for the future? If you are, when will you have enough ... END_OF_DOCUMENT_TOKEN_TO_BE_REPLACED