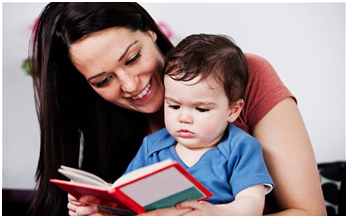 The average cost of putting a child in nursery has increased dramatically, by as much as 30%. This means that the cost of having a child in nursery for 25 hours a week is now £107 on average, which equates to £11,000 per year for full-time care. This figure continues to rise at a rate that is five times faster than the rise in salary.

The cost of childcare is proving to be crippling to the point that many parents – particularly mothers – have had to either give up work or give up on their ambition to go back to work, because the cost of childcare is more than a part-time wage.The Labour Party says that this is damaging to the economy because rising costs act as a ‘lock’ which prevents these parents from re-entering the job market.

The cost of childcare rose by a staggering 19% from December 2012 to December 2013 according to research by findababysitter.com. The information was released in the website’s annual report, which surveyed information provided by the 231,000 nannies and child-minders on its database.

The wages of nannies have shown the sharpest increase, going from an average of £6.59 in December 2012 to £8.73 by a year later, constituting a rise of 25%! Despite, these worrying figures, it must be stated in the interest of fairness that the figures take no account of government-funded free nursery school places.

Women are the biggest victims of the rising costs

As previously stated, it is primarily women who are locked out of the job market, but mothers also face other problems, as illustrated by the way in which in a survey conducted by Workingmums.co.uk. 35% claimed that they had not received the appropriate level of understanding from their employer with regard to family issues

How the Government aims to tackle the issue

The Education Department has said that it is currently taking action to combat these problems, including increasing free education for children aged between three and four from 12.5 to 15 hours per week. This is as well as offering ‘extended support’ for parents with low incomes who wish to hire childcare for their two-year-olds.

In addition, the government also insists that it is taking ‘decisive action’ by introducing childcare on a tax-free basis.This is under the provision of which all eligible families receive up to £1200 towards the care of each child, as well as using tax credits to meet up to 70 % of the cost of childcare for low and middle-income families.

If you are feeling the stress of childcare, here are some useful resources which may help you understand the entitlements, supper and advice:

Planning for a secure financial future is a wise decision that you should make for your family. You need to be committed to building wealth and take charge of your money. By investing in the right ... END_OF_DOCUMENT_TOKEN_TO_BE_REPLACED

Cryptocurrency has become a popular investment option in recent years, as more people want to make profits from its white-hot rise. However, cryptocurrency investment is a risky endeavor. It is highly ... END_OF_DOCUMENT_TOKEN_TO_BE_REPLACED

Unsurprisingly, there are plenty of people out there jostling to help you spend your nest egg. All promise high returns, but not all that many deliver; in fact, you can quickly lose your super if ... END_OF_DOCUMENT_TOKEN_TO_BE_REPLACED

If you have recently taken up a position at a brand-new company and opened a 401k for the first time, you may be on the hunt for additional information when it comes to the various ways in which tax ... END_OF_DOCUMENT_TOKEN_TO_BE_REPLACED

Congratulations! You’ve worked hard this year. You made it through some tough days (or weeks or months). And now, if you’re lucky, you might end up with a holiday bonus. But before pocketing that ... END_OF_DOCUMENT_TOKEN_TO_BE_REPLACED

The United States of America is a destination most working professionals and travellers have on their list. Being one of the most visited countries in the world, it houses many tourist attractions, ... END_OF_DOCUMENT_TOKEN_TO_BE_REPLACED