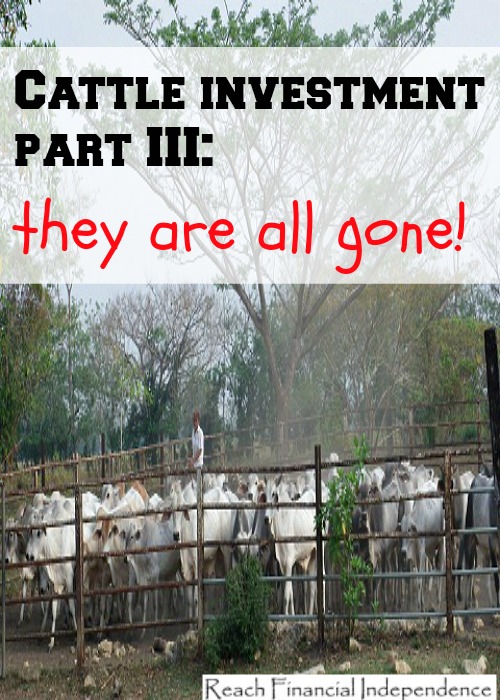 The cattle is waiting to be weighted

This is the third post about how I invested in cattle, this time a lighter read with pictures of how the last sale went, if you want to check what breeding cattle is about and the numbers of the past September sale, you can refer to those two posts.

It is a bittersweet day for my investments. On the positive side, I have some cash to invest in the 90 acres land development, my new pet project, and on the other, as of mid April, I do not own one head of cattle. It was pretty cool while it lasted, and one of my financial goals for 2013 was not to get rid of the cattle until the end of April but it was very dry in the ranch and keeping them longer may have meant they lose weight and sell for less in a month than they do today. I consider the goal a pass since I am not selling early to access the cash, all the work on the 90 acres land has been paid for so far and we still have enough for a month or so of payroll on the company account.

Back to the cattle, we had to travel to the ranch to witness the cattle being weighted on a huge cattle scale. 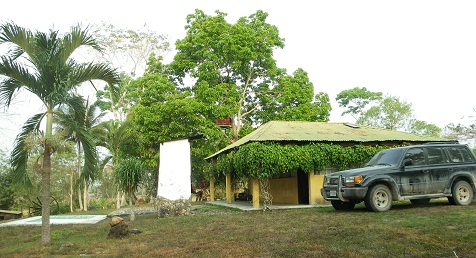 We arrived at 7am, which is already considered late, for different reasons on the buyer and seller’s side. If the buyer comes early, the cattle has not had time to eat, and weights less. Just by drinking water in the morning, an animal can put on 15 lbs, resulting for 56 heads on a  $750 price difference. The seller wants to start early because with the sun and the stress, the cattle also loses weight, they are locked in a corral waiting to go on the scale one by one, then are put on a truck that leaves with 20 animals. 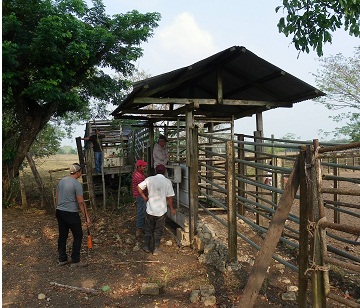 cattle scale, the animals are weighted and going straight into a truck at the end

Three trucks came this time, to get my 56 heads and 4 from BF. It took approximately two hours to weight them all, after a very big one almost broke the scale and we had to adjust it again. The only way to know for sure that 0 marks 0 properly was for one of us who knew his weight to get on the scale. I had no idea of my weight in pounds, so BF was the designated guinea pig, then to make sure the scale was about right, a couple of the cow boys estimated the weight before the animal got on the scale.

Everyone looked happy with the results, but the animals were a bit thinner than expected. It has been a weird rainy season, and when it rains they get cold and don’t put on weight, and when it stops raining, the grass dries up and they don’t put on weight! It is a skinny race from Brazil because the heavier US/European race would not tolerate the heat from around here.

One by one, they go on the scale then are loaded on the truck

Still, it was once again a very good return. I invested $14933 over an average time of 15 months per animal, and got back $24169, a 61.8% return over the period, 49.44% per year. Since I am getting paid in Guatemalan currency, I am reinvesting $20,000 into the land development and keeping $4,169 for living expenses over the next 4-5 months to avoid paying exchange fees to bring money over here. 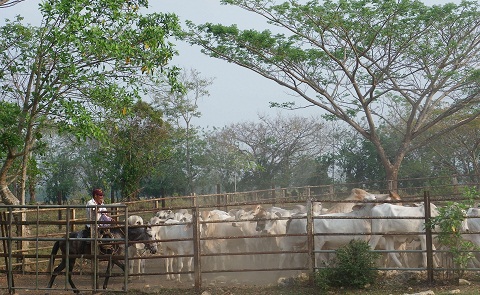 The race is brahma and siementhal, both Brazilian race that can live with the heat and humidity.

Luckily, no animal died over that period. I bought them at 9 months old, and 5 from that lot had died. It can be that a cow will lose it before birth, in this case the cow won’t have another one straight away, or that it gets sick, or refuses to drink milk from the udder. In that case the cow boys would give the animal a bottle but few make it to adult age.

So if you are considering raising the cattle from day 1, you will have to account for a 10-15% early mortality rate.

That’s it, moving on to new adventures with the land development now!

What was your latest investment?

This post was featured on the Carnival of Personal Finance My Financial Independence Journey, and Squirrelers, thank you!

Congratulations! You’ve worked hard this year. You made it through some tough days (or weeks or months). And now, if you’re lucky, you might end up with a holiday bonus. But before pocketing that ... END_OF_DOCUMENT_TOKEN_TO_BE_REPLACED

The United States of America is a destination most working professionals and travellers have on their list. Being one of the most visited countries in the world, it houses many tourist attractions, ... END_OF_DOCUMENT_TOKEN_TO_BE_REPLACED

When you were a kid, did you ever save quarters in a jar? Or set aside a portion of your allowance in a piggy bank for a big purchase, like a bicycle, a pair of designer shoes, or anything that mom ... END_OF_DOCUMENT_TOKEN_TO_BE_REPLACED

No matter where you are in your career, the potential of eventually retiring can be a daunting experience to think about. Are you saving enough for the future? If you are, when will you have enough ... END_OF_DOCUMENT_TOKEN_TO_BE_REPLACED

“Open an account with us – and get a free toaster!” These days, the bank toaster (clock radio, electric blanket, or other gadget) has become a cliché for consumer banking. But what you might ... END_OF_DOCUMENT_TOKEN_TO_BE_REPLACED

Watermelon. Corn-on-the cob. Fireworks after sundown. Amid all the fun, it’s easy to forget that the Fourth of July is more than just another summertime barbecue: It’s a reminder that independence is ... END_OF_DOCUMENT_TOKEN_TO_BE_REPLACED