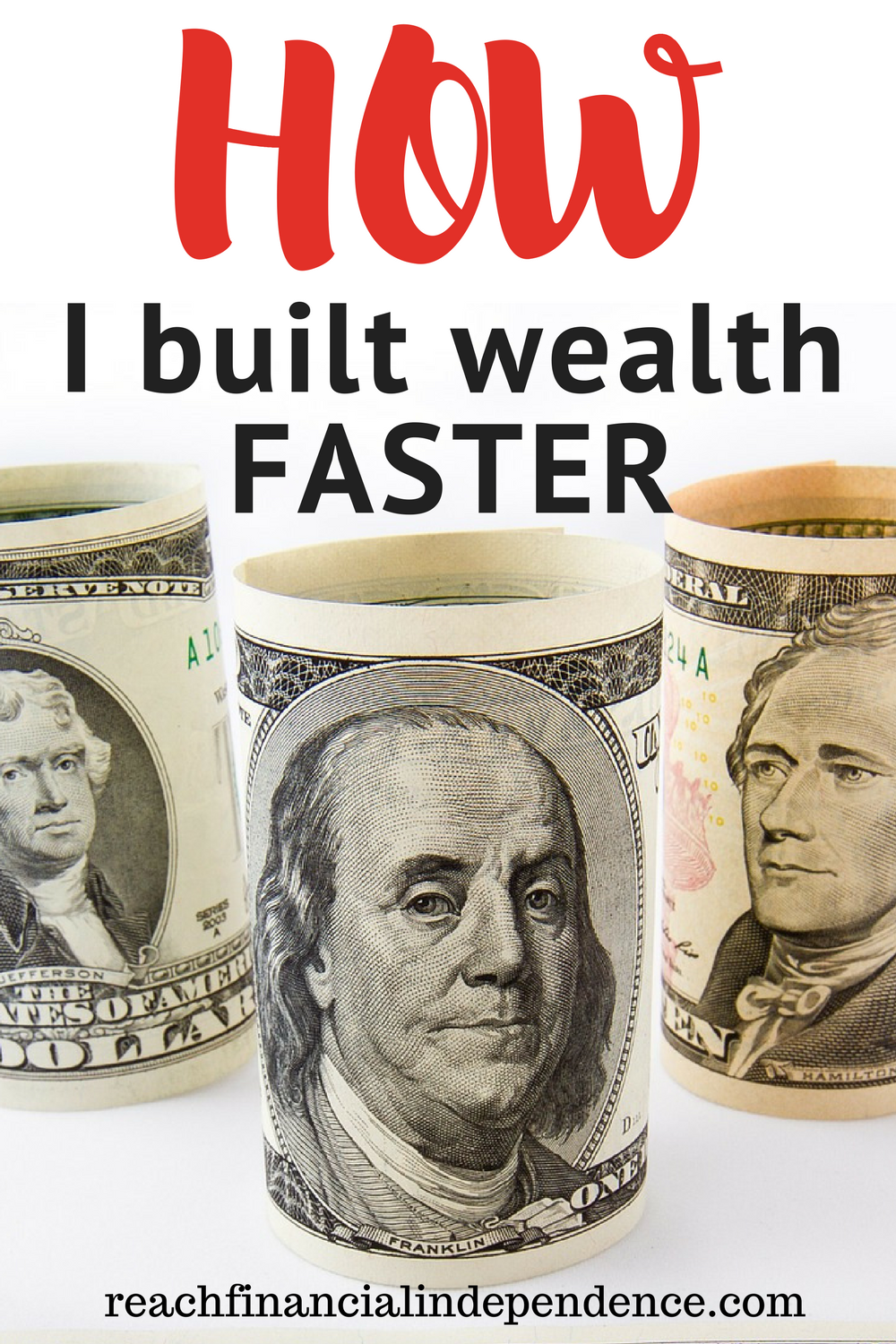 I was talking to a friend recently, about how having kids made him a better worker. He wanted to give his kids the best, and whatever happened, he needed to feed two more mouths each day. He said he had never been making so much money because finding money to cover food, clothing and schooling for the kids made him more productive than he had ever been. If you asked him, two years before becoming a dad, if he would be able to afford kids, he would have said “of course not, I barely make enough to support myself!”. And now the whole family had a big car and took holidays every year to the US or some exotic place.

I approach my investments the same way. Most people would be satisfied with a half broke life saying they can’t afford kids. Other would rely on welfare to feed the kids. And people like my friend would decide to have them nonetheless, convinced of their ability once the kids are there to provide for them.

I went into debt to invest

When I graduated college with some savings, I bought a first rental property cash, after begging many banks to let me go into debt to buy a bigger property. I was about to embark on a one year round-the-world trip, so couldn’t justify a safe income to cover the mortgage in case of vacancy, and they would not take savings as a guarantee. Had I taken the first job lined up for me out of business school for just 3 months before my trip, I could have had access to a mortgage and enjoyed the crazy raise in property prices in Paris over the past 10 years. The property I bought back in 2003 is the one I sold last year for double the price, but that is another story, and I couldn’t wait to go travel the world. So far I was debt-free.

A few years later, as soon as I went back to stable employment, I went into debt to leverage my wealth building. I bought a second property and even took consumer loans and 0% credit card balance transfers (with a 3-4%fee) to invest. And you know what? I busted myself to find enough money to repay those loans every month. Now that the second property is rented, it has a positive cash flow, covering even the last of my consumer loans. But when I was living in the property, I had to find enough to cover all those repayments.

My mum lent me money, an old friend lent me money, when the bank considered my debt to income ratio to be too high already. Never did I go on holiday with that money, or bought a new car or fancy clothes. I asked for the money because a) I thought the investment was solid AND b) I knew I would be able to easily repay the loans even if the investment went wrong or had a longer timeframe than the life of the loan.

I was not afraid

The loans were an opportunity to jump into the market earlier than if I had saved for it, and the interest rate I was paying on it was nothing compared to what I thought I could make by investing. Even if some investments went wrong, it was a price I was willing to pay for potential returns and accelerated wealth building. I did not let fear impair my judgment  and took an aggressive approach to investing.

I was confident in my ability to make more money. I knew the pressure to repay those loans would push me harder. And the bank may have thought I had too much debt already, because it didn’t take into account my bonuses from work or income from many side hustles, I knew I could prove it wrong.

I had many backup plans

I took a few jobs tutoring at night on top of my 9 to 5 job. I started to write for several travel blogs. I translated websites for friends and waitressed at weddings on Saturday nights. In total, at any given time, I had half a dozen sources of income and my day job was almost as secure as being a public servant. I took a roommate to share living expenses, then two. I was 25 and only cared about reaching my goal, not how tired I was or how annoying the promiscuity would be after a long day of work.

And because I only spent money on what was important to me, mostly good eats and travel (more than covered by the travel writing gigs), the rest of my expenses were pretty low, allowing me to put a huge amount of money towards those loans every month. Before I got the investment and potential returns back, the money was long repaid. Except for that last consumer loan that has too heavy early repayment penalties to make it worth my while. But I have already made more out of it than the principal and interest over the life of the loan.

This accelerated wealth building strategy led me to the point, three years ago, where I could leave my day job, and then by age 30, live off my investments completely. I spent most of 2011 and 2012 traveling, then bought my little house in Guatemala cash last year.

Yes, I do believe in debt. To create wealth, period. Or try to as hard as possible. While that strategy is very risky, had I not been in debt, I would probably, like my childless friend, have been contented with a more relaxed approach to building wealth, or even worse, used that money to buy consumer goods or finance holidays, and financial independence would be decades away.

What are you thoughts on going into debt to invest?

Planning for a secure financial future is a wise decision that you should make for your family. You need to be committed to building wealth and take charge of your money. By investing in the right ... END_OF_DOCUMENT_TOKEN_TO_BE_REPLACED

Cryptocurrency has become a popular investment option in recent years, as more people want to make profits from its white-hot rise. However, cryptocurrency investment is a risky endeavor. It is highly ... END_OF_DOCUMENT_TOKEN_TO_BE_REPLACED

Unsurprisingly, there are plenty of people out there jostling to help you spend your nest egg. All promise high returns, but not all that many deliver; in fact, you can quickly lose your super if ... END_OF_DOCUMENT_TOKEN_TO_BE_REPLACED

If you have recently taken up a position at a brand-new company and opened a 401k for the first time, you may be on the hunt for additional information when it comes to the various ways in which tax ... END_OF_DOCUMENT_TOKEN_TO_BE_REPLACED

Congratulations! You’ve worked hard this year. You made it through some tough days (or weeks or months). And now, if you’re lucky, you might end up with a holiday bonus. But before pocketing that ... END_OF_DOCUMENT_TOKEN_TO_BE_REPLACED

The United States of America is a destination most working professionals and travellers have on their list. Being one of the most visited countries in the world, it houses many tourist attractions, ... END_OF_DOCUMENT_TOKEN_TO_BE_REPLACED