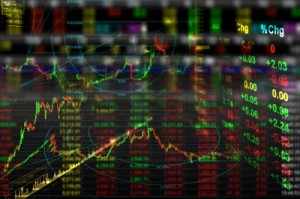 It may have been more than two years ago, but fuel giant BP is still feeling the shockwaves of the 2010 Deepwater Horizon oil spill.

According to Profit NDTV, BP has reported a fourth quarter profit loss of nearly 80%, thanks to the pay outs required for the 2010 disaster.

The Deepwater Horizon spill, also known simply as the BP oil disaster, was caused by a methane explosion on the 9-year-old drilling rig. Of the 126 crew members, 11 were never found and presumed dead while another 17 were treated for injuries.

The oil leak spewed oil for a total of 87 days, when the leak was capped after numerous failed attempts to do so. An estimated total of 210 million US gallons was discharged – this translates to about 4.9 million barrels of oil.

The coastline was heavily affected, and some of the wildlife casualties included the critically endangered Kemp’s Ridley sea turtle. The turtles site their only next in the world in the western Gulf of Mexico.

In addition, a higher number of mutated sea life has been recorded by scientists and fishermen; shrimps with huge lesions, crabs which are rotting while still alive and crustaceans sporting holes in their exoskeletons.

This month, BP has settled an out of court payment of $7.8 billion in total according to Reuters, granted to thousands of individuals and business which were affected by the disaster. The seafood industry has been granted $2 billion for the loss and mutation of fish.

The settlement marked the end of the US Justice Department’s investigation into BP’s role in the spill.

BP’s net profit of this last quarter fell to $1.62 billion, a reduction from the $7.69 billion of last year, thanks to the pay outs. It is expected that BP will need to pay a total of $42 billion to pay for its total liability.

The profit loss comes after a £60 million BP budget on advertising and PR to try and improve its public image after the spill. In comparison, the oil giant spent more than $13billion on the clean-up. BP also put $500million into scientific studies following the spill, and a further $280million into projects concerned with the welfare of wildlife.

A spokesman from spread betting and Forex trading experts City Index said of the loss: “BP’s results were well received with the company, beating forecasts with a smaller than expected decline in net adjusted profit for the fourth quarter of $3.94 billion.

“The market had expected adjusted profits to come in at around $3.305 billion. The results gave shares a lift but with prices nearing levels that have seen sellers emerge historically, prices soon fell away to trade back towards the 450p level.”

BP continues to maintain that it is fully committed to the restoration of the Gulf of Mexico.

Planning for a secure financial future is a wise decision that you should make for your family. You need to be committed to building wealth and take charge of your money. By investing in the right ... END_OF_DOCUMENT_TOKEN_TO_BE_REPLACED

Cryptocurrency has become a popular investment option in recent years, as more people want to make profits from its white-hot rise. However, cryptocurrency investment is a risky endeavor. It is highly ... END_OF_DOCUMENT_TOKEN_TO_BE_REPLACED

Unsurprisingly, there are plenty of people out there jostling to help you spend your nest egg. All promise high returns, but not all that many deliver; in fact, you can quickly lose your super if ... END_OF_DOCUMENT_TOKEN_TO_BE_REPLACED

If you have recently taken up a position at a brand-new company and opened a 401k for the first time, you may be on the hunt for additional information when it comes to the various ways in which tax ... END_OF_DOCUMENT_TOKEN_TO_BE_REPLACED

Congratulations! You’ve worked hard this year. You made it through some tough days (or weeks or months). And now, if you’re lucky, you might end up with a holiday bonus. But before pocketing that ... END_OF_DOCUMENT_TOKEN_TO_BE_REPLACED

The United States of America is a destination most working professionals and travellers have on their list. Being one of the most visited countries in the world, it houses many tourist attractions, ... END_OF_DOCUMENT_TOKEN_TO_BE_REPLACED