Once thing that makes me cringe is people talking about how times are tough, and how hard it is to get a job. How tough was 1929? I never heard my grandparents saying “times were tough, we couldn’t find a job”, and they lived through WWII. They just got up their a**es and got to work. They grew a garden, had some animals so they could be mostly self sufficient, and raised 7 kids on one salary and food ration tickets. 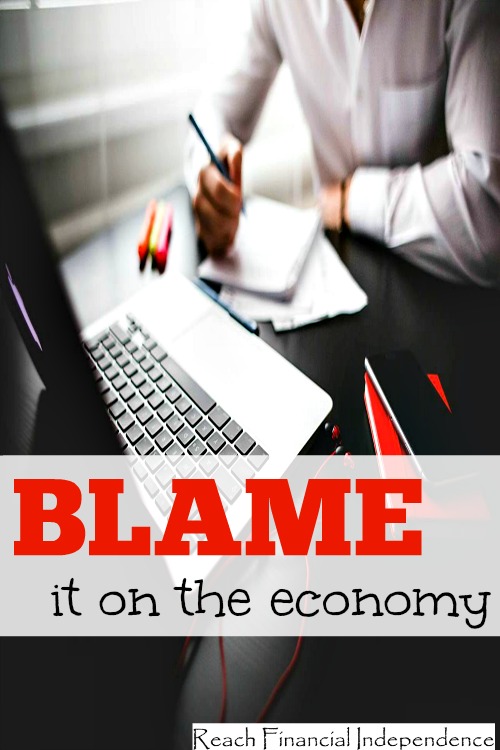 There was no such thing as blaming the economy and collecting unemployment checks.

Flash forward to today, and my 34 year old classmates from one of the top 10 French business schools are underemployed or unemployed because “it’s hard”. One is getting a third PhD, just for the sake of not leaving the comfy cocoon of student life and facing real life. One goes between 6 months contracts and 18 months unemployment periods “because I didn’t get along with my boss”, or “I was too stressed”.

We are a generation of entitled brats who don’t want to put effort into anything. Because if you really want to find a job, there are tons of them available.

“But I am a philosophy major”.

Good for you. If you looked up the employment opportunities beforehand and still decided to go that route, you can only blame yourself. Have you emailed all the schools and universities in a 50 miles radius? Thought about moving to teach elsewhere? There are lot of bogus degrees. “Tourism” is one that always makes me laugh. For me, college is worth it to become a lawyer, a doctor, any career that requires passing an exam for, and maybe for business, although if you were born a businessman, college will be a loss of time. But if you fell for a “tourism degree”, the best thing you can do is accept any job and hope you’ll bounce up from there.

Then why did you study art? I always scratch my head at art degrees. If you are talented, why go to college? And if you’re not talented enough, why go to college? In the meanwhile, get a minimum wage job close to home, as we discussed previously, they aren’t so bad.

“But I deserve six figures”.

You do. If you work hard and prove your worth. It will take a few years, maybe further education if you chose a low paying field, but with hard work and dedication you’ll get there. Not playing candy crush three hours a day.

“But it is hard… bla bla economy… bla bla recession…”

Why don’t you go learn a trade? Electricians, mechanicians, plumbers… all make a very good living and never run out of work. You can even work for yourself, since you “don’t really thrive in the corporate world”.

It is just a matter of adapting. The world is getting old, and death is the only sure thing. Nurses and mortuary workers never go unemployed. But no, that’s too hard for you. When you studied at your overpriced private school, teachers serenated you that you were an elite, that you were special, that you deserved six figures for not doing much. They lied. And now that you are 5 or 10 years out of school, if you haven’t held a real job, directly correlated to your field of studies, there may be a problem with you, not with the whole world around you.

I don’t think I have been particularly lucky, but the only time I have been unemployed was when I purposefully quit my jobs to go traveling for 6-12 months at a time. Before going back, I would send dozens of resumes (not five) and have at least a couple of interviews lined up. I prepared for them and was offered all the jobs I interviewed face to face for. There is no secret, I am no exceptional human being. With persistence and hard work you can get anywhere. Even in spite of “the economy”.

Planning for a secure financial future is a wise decision that you should make for your family. You need to be committed to building wealth and take charge of your money. By investing in the right ... END_OF_DOCUMENT_TOKEN_TO_BE_REPLACED

Cryptocurrency has become a popular investment option in recent years, as more people want to make profits from its white-hot rise. However, cryptocurrency investment is a risky endeavor. It is highly ... END_OF_DOCUMENT_TOKEN_TO_BE_REPLACED

Unsurprisingly, there are plenty of people out there jostling to help you spend your nest egg. All promise high returns, but not all that many deliver; in fact, you can quickly lose your super if ... END_OF_DOCUMENT_TOKEN_TO_BE_REPLACED

If you have recently taken up a position at a brand-new company and opened a 401k for the first time, you may be on the hunt for additional information when it comes to the various ways in which tax ... END_OF_DOCUMENT_TOKEN_TO_BE_REPLACED

Congratulations! You’ve worked hard this year. You made it through some tough days (or weeks or months). And now, if you’re lucky, you might end up with a holiday bonus. But before pocketing that ... END_OF_DOCUMENT_TOKEN_TO_BE_REPLACED

The United States of America is a destination most working professionals and travellers have on their list. Being one of the most visited countries in the world, it houses many tourist attractions, ... END_OF_DOCUMENT_TOKEN_TO_BE_REPLACED